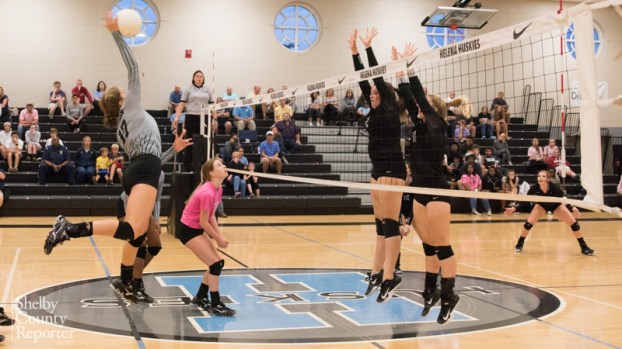 Pelham defeated Helena for the second time this season on Oct. 3. The Panthers won in straight sets to move to 3-0 in region play. (File)

PELHAM–The Pelham Panthers volleyball team is having an outstanding season thus far and the success continued on Tuesday, Oct. 3, as Pelham defeated Helena in straight sets to grab another big region win.

After competing in a tough 5-set match a few weeks ago that saw Pelham come out on top, Helena wanted to avenge the loss on Oct. 3.

Sarah Guthrie and Emorie Long led the way for Pelham by attacking with 12 and 10 kills, respectively.

Grace Nolen finished with 12 digs in the match, while Jamilia Wilson and Ashley Anderson each had nine digs apiece.

Georgia Stonicher had an astounding 27 assists to lead the Panthers.

With the win, Pelham improved its overall record to 24-6 on the season.