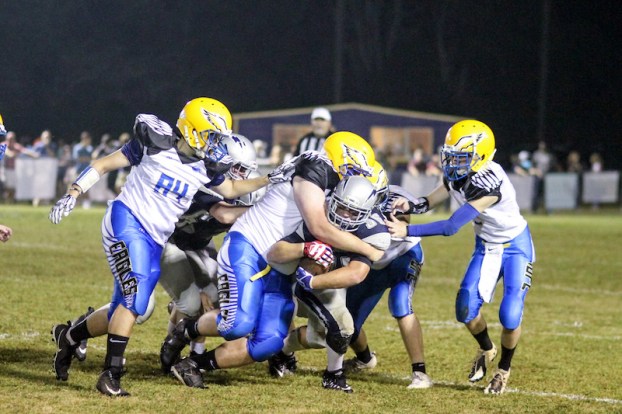 What’s in store for AISA/ACSC teams this week?

Last week was one of the more exciting weeks this county will ever see when it comes to the AISA and ACSC as two county matchups took place with big storylines.

Every team has a new coach this year and four of the five faced each other last Friday with one taking on his old team in Evangel’s Tim Smith. This week we only have one in-county matchup as Kingwood will take on Coosa Valley this Friday night, but other region matchups loom.

Coosa Valley is coming off its second win of the season, while Kingwood still only has one after a tough 28-24 loss to Hope last week. That being said, the Lions have one region win, while the Rebels are still searching for their first.

The difference in this game is Kingwood’s offense. Despite the worse record of the two, the Lions have played a more difficult schedule and have a more trustworthy offense. Coosa Valley 21 Kingwood 28

Cornerstone will take on its second Evangel school in as many weeks and will have to rebound quickly after a heartbreaking 14-7 loss to Evangel-Alabaster last week.

This week they get an 0-6 Evangel-Montgomery team they should be able to handle with relative ease. The Lions are giving up 44.7 points per game, while Cornerstone’s spread attack can put up points in a hurry, which will be the difference. Cornerstone 38 Evangel Montgomery 20

The Lightning are now 4-2 on the season after a big win over Cornerstone in head coach Tim Smith’s first game against his old squad. This week Evangel will take on Lighthouse Homeschool, who is coming off its first loss of the season in a 42-24 game with Ezekiel.

Evangel is soaring with momentum right now after showing it can win a game with offense or defense throughout the season. It could be a high-scoring affair, but I like the Lightning. Evangel 48 Lighthouse 35

Hope took down Kingwood last week to pick up the Eagles’ first 11-man win of the season last week. This week it’s back into the 8-man league and a region matchup with Ezekiel Academy. Ezekiel has won three games scoring 70, 76 and 42 in those games, which shows how potent its offense is.

With the Eagles’ defense giving up close to 50 points per game at 48.3, that could be the difference maker. They have the offense to keep up, but Ezekiel is just too explosive. Hope 33 Ezekiel 45