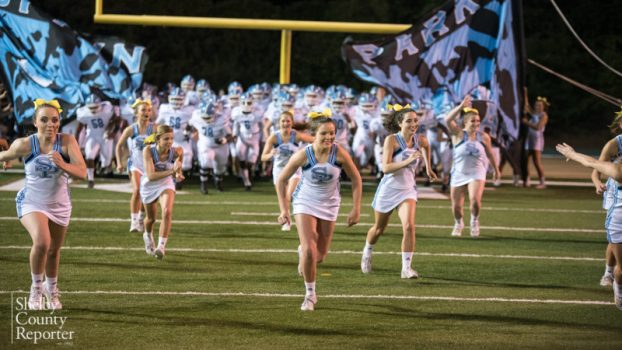 Spain Park struggled at times, but played a great offensive game in an important region win over Huffman. (File)

BIRMINGHAM – A second-half comeback at Huffman, fueled by 236 passing yards and three touchdowns from quarterback Braxton Barker, produced a 35-26 win on Friday, Oct. 6, that was Spain Park’s first in almost a month.

The Jaguars (4-2 overall and 2-2 in Class 7A, Region 3 play) got back on track after two consecutive losses and a bye last week.

Their playoff fate will be determined in the next three weeks as they host Thompson, visit Tuscaloosa County and host Oak Mountain in consecutive weeks.

Against Huffman, SPHS went on a 21-point run in the third and fourth quarters to erase an 18-14 halftime deficit and claim the win.

The Jags took the lead for good with 9:12 remaining in the third period when Barker passed to McMillan for a 49-yard touchdown, and Cole Starr added the point after.

Spain Park added six-yard scoring runs by Jalen Henderson in the third quarter and D’Arie Johnson in the fourth quarter to pull away.

Barker completed 15 passes in 25 attempts, and his favorite target was McMillan, who had five receptions for 114 yards.