What needs to happen for your team to make the playoffs? 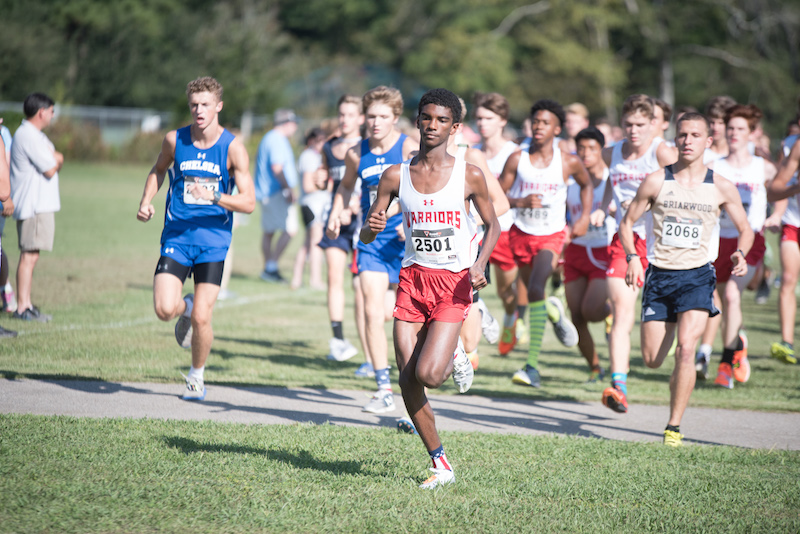 With the midway point of the 2017 already in the rearview mirror, it’s time to look ahead to the postseason and what each team’s chances of getting there are. Several teams can clinch this Friday night with wins or other things happening, while others need a lot of help or are forced to win out.

It’s been more than a decade since the Thompson Warriors have made it to the postseason, but this Friday night when they travel to Spain Park, the Warriors have a strong chance to sew up their first playoff berth since 2006.

With a win over the Jaguars, Thompson will top a climb that has seemed to be the team’s Mount Everest in just the third year under head coach Mark Freeman. There is still a scenario that they miss the playoffs should they lose out, but with tie breakers over Mountain Brook and Vestavia, it’s highly unlikely. Even if they lose this Friday, the Warriors should easily lock it up with a win over Huffman the week after.

Things are a bit more dicey for the Jaguars, however. It looks as if they are battling for the third and fourth spot with Mountain Brook and Vestavia, but more specifically the fourth spot with Vestavia. There’s a lot to be hashed out, but with the Rebels playing the Spartans this Friday night, a lot of questions will be answered. Vestavia also has Hoover the week after. If they lose those two, Spain Park will have chances to clinch with the tiebreaker they hold over Vestavia.

It’s pretty simple for Oak Mountain. If they win out they’ll be in the playoffs, but lose once and their postseason shot goes out the window. They should get a win over Tuscaloosa County at home this Friday night, but two road games at Mountain Brook and Spain Park in the ensuing weeks will be the determining factor. There is a scenario that they get in should they beat Tuscaloosa County and Mountain Brook, but lose to Spain Park. That would create all kinds of tie-breaking madness opportunities, but they would have to hope for Vestavia to lose out to have any shot at that situation.

The easiest way for Pelham to get back to the playoffs for the first time since 2013 is by beating Chilton County that is very beatable this Friday night. If they do that and Helena loses to No. 4 Wetumpka, the Panthers will have clinched a playoff berth.

Chelsea would not only have to win out to have a shot at the playoffs, but need some help from other teams as well. They are the longest of long shots right now, but do have two winnable games at the end of the year against Chilton County and Helena. Should they shock Opelika this Friday night, anything is possible.

As mentioned earlier, Helena pretty much has to upset Wetumpka this Friday night to have any shot of the postseason. If they lose and Pelham loses or if both win, there is still a shot, but it’s a very long one for the Huskies.

A couple of different accomplishments could happen for the Briarwood Lions this Friday night. With a win, the Lions will clinch a playoff spot as they look to redeem last year’s loss in the semifinals. They also have an opportunity to clinch the division should they win and St. Clair County, Wenonah and Pleasant Grove all lose. Unlikely, but the Lions are sitting in a good spot and have three winnable games to finish region play undefeated for the second consecutive year.

Calera has dropped two straight games, but the Eagles still have a chance to clinch Friday night when they take on Jemison in a road contest. Should the Eagles win and both Dallas County and Sumter Central lose, Calera will lock up yet another playoff berth.

The Wildcats have followed each win this season with a loss and vice versa as they sit at 3-3 overall and 1-3 in region play. It’s a position that has forced them to win their remaining games to have any shot at the playoffs, which features games against Pleasant Grove, No. 1 Briarwood and Woodlawn. Even if they do win out, they would have to hope for Fairfield to lose two of its final three as well.

If Montevallo loses to Oakman this Friday night, their playoff chances are done for the 2017 season. That being said, even if they win, they would have to win out and hope from some help from teams like Oakman, Greene County and Midfield, who would all have to lose two games in their final three for the Bulldogs to get in.

Things are going to get crazy for Vincent over the next three weeks as they try to dive into the postseason. A win Friday night over Horseshoe Bend would put them at 3-2 and losses by Reeltown to LaFayette and Ranburne to Lanett, both of which are likely, would put the Yellow Jackets in the driver’s seat for the third place spot in the region.

That being said, Vincent plays both Reeltown and Ranburne in the ensuing weeks after, which could create for some chaos. If everything pans out as expected, Vincent and Reeltown will be 3-2 after this week, while Ranburne will be 2-3 as they all battle for the third and fourth spot in the region. If the Yellow Jackets can win two of the next three, they are most likely in the playoffs.