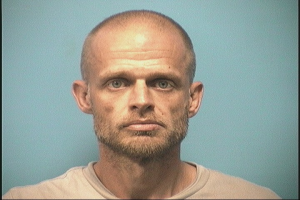 According to his arrest warrants, Kingery allegedly “did knowingly enter or remain unlawfully in or upon the premises” of the Driver’s Way car dealership and stole a Chevrolet Camaro on Monday, Oct. 9.

Kingery was charged with criminal mischief after he allegedly inflicted over $2,500 worth of property damage by running a Dodge Ram 1500 into a metal fence at Driver’s Way.

First-degree theft of property is a class B felony. If convicted, Kingery could face a maximum of 20 years in prison and owe up to $30,000 in fines.

According to the PPD, Kingery had been out of prison for less than a month on similar charges at the time of his arrest.

Kingery is currently being held at the Shelby County Jail on bonds totaling $25,300. His case was assigned to Shelby County District Court Judge Daniel A. Crowson and his preliminary hearing is scheduled for Nov. 2.

PELHAM – The Pelham Public Library is hosting several programs, events and classes for adults throughout the remainder of 2017.... read more