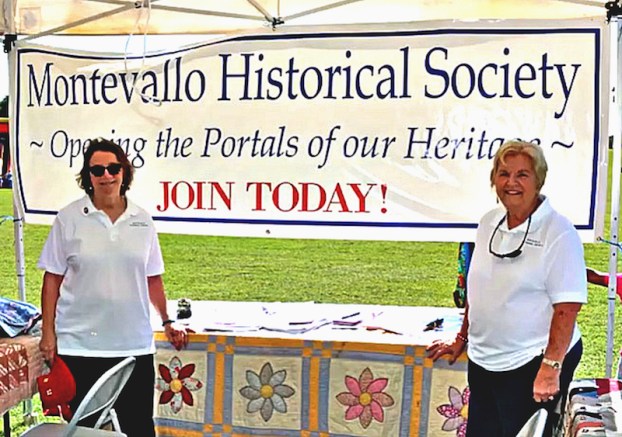 Preserving the past, preparing for future

How did this happen? How do things like this ever get started?! First, it’s just one person who sees a need to preserve a town’s memories and that person talks to another like-minded individual.  The next thing you know, 75 come together to launch a new organization and the rest, they say, is history. Actually, in this case, history IS the name of the game.

We are so much better together. Even as children, we learn that the key to success is teamwork. And, when used positively, it is often surprising at what can be done. Take this recent gathering in Montevallo, for instance. People who love this small college town gathered in the community room at Parnell Library for the inaugural meeting of the Montevallo Historical Society. And, yes, there was a lot of talk about the past – but there was also much discussion regarding the future.

The Historical Society has been a work in progress for almost a year. These things don’t happen overnight, mind you. The core team has met regularly at the Fox and Pheasant Bed and Breakfast owned by Janice Seaman. It is composed of several who’ve lived in Montevallo their entire lives and of several more who chose to move away, but have either moved back physically or still have an emotional connection to the place they call “home”. The ties that bind these citizens and former citizens together are more than mere memories – there is a strong desire to preserve and celebrate the Montevallo of yesterday, but they also want to help it grow stronger as it moves forward from this year’s 200th birthday. You might recognize some of these visionaries – Jim Day, Kenneth Dukes, Marty Everse, Bill and Mae Glosson, Susan Godwin, Mike Mahan, John McCulley, Norman McMillan, Melinda Nix, Clay Nordan,

For its celebration of beginnings, a native son now living in Mobile was the special guest speaker, John S. Sledge. No doubt, the Sledge name is familiar to anyone who has read “With the Old Breed” or viewed Ken Burns’ series on World War II. Dr. Eugene Sledge served as a Marine in the Pacific theater and, later on, taught Biology at what was then Alabama College – now the University of Montevallo. His son, John, is an authority in Historic Preservation and a celebrated historian and author in his own right. He recently completed a new work on Alabama in the Civil War, titled “These Rugged Days,” for Alabama’s Bicentennial celebration.  After the formal meeting, Historical Society members adjourned to the Fox and Pheasant for refreshments and a chance to renew old acquaintances and make new ones.

And the team isn’t complete – they are looking for additional assets to build an even stronger organization. If you live in the Montevallo area, or have an interest in it, go to www.historicmontevallo.org for more information on joining. And, if you live in another Shelby County community without a local history organization, consider finding some likeminded folks and start your own team.

Looking the past in the face

By RENE’ DAY / Community Columnist I realize that Alabama doesn’t always get things right.  But, we are fortunate to... read more