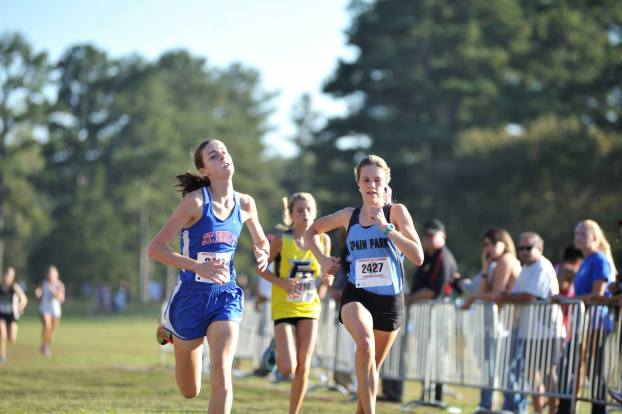 Spain Park's girls finished the Crimson Classic in fifth, while the boys took third for a solid performance. (For the Reporter/Larry Dancy)

TUSCALOOSA – Both the Spain Park boys and girls cross country teams traveled to Tuscaloosa on Thursday, Oct. 12, to take part in the University of Alabama Crimson Classic and both came out of the cross country event with a top-five finish.

The boys were led by a consistent effort as only one member finished outside the top 50 in a race featuring 202 runners.

It started with three top-25 finishers led by Jacob Warner in 18th. Warner, a junior for the Jags, finished the race with a time of 18:03.8. Seniors Isaac Shore and Cole Dillard weren’t too far down as they finished in 22nd and 24th, respectively. 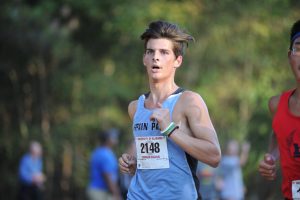 The strong team performance from all of their runners led to a finish of third in the overall team standings behind Hoover in first and Florence in second. Hoover finished with a total of 45 points, while Florence had 130 and Spain Park had 134.

The girls also fared well at the event finishing in fifth as a team behind Hoover, Fort Payne, St. Paul’s Episcopal and Saint James.

Like the boys, the girls had a solid consistent effort from several as five finished in the top 60, but a top-10 finish from MacKenzie Culpepper was the highlight.

It’s a highlight for many different reasons, not just because she finished in ninth place with a time of 20:54.5, but because it marked the second time in as many events that the eighth grader finished in the top 10.

According to Alabamarunners.com, those two events marked the first of her varsity career with the Jaguars.

Sophomore Holland Lidikay was Spain Park’s only other top-20 finisher as she finished in 20th with a time of 22:.3. In five events this season, Lidikay has yet to finish outside the top 25, finishing in the top 10 three times.

Paige Walls was the only other top-50 finisher for the Jags as the sophomore finished in 43rd with a time of 23:58.8. Not too far down the list were sophomore Mary Virginia McKinley and junior Kristen Hopkins.

Junior Haley Hickman in 75th with a time of 26:15.3 was the lowest Spain Park finisher, showing how impressive the overall team effort was.

By Chris Megginson | For the Reporter LINDEN – In its final 11-man football game of the season, Evangel Christian... read more