James Arthur Friend, 42, who lists an address on Addisyn Dale, was arrested in Shelby by the Shelby County Sheriff’s Office on Monday, Oct. 9, after he was allegedly caught with a 2012 Ram 1500 that had previously been reported stolen by the Ocala Police Department in Florida. According to Friend’s arrest warrants, the vehicle is valued at $25,000. 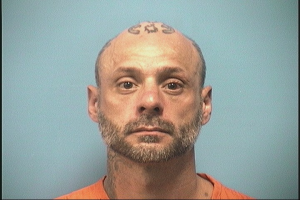 The destruction of property charge stemmed from an incident on the same day of his arrest when he allegedly destroyed over $25 worth of state property.

According to a bond recommendation filed by the Shelby County District Attorney’s Office, Friend has an extensive criminal history and has been arrested multiple times in Colorado, Florida, Oklahoma, Kansas, Louisiana, California, Mississippi, Arkansas and Alabama, and also has a history of violence.

The bond recommendation also referred to Friend as a “flight risk” and said he had no substantial ties to the state of Alabama.

Receiving stolen property in the first degree is a class B felony. Friend could face up to 20 years in prison and a maximum of $30,000 in fines upon conviction.

As of Monday, Oct. 16, Friend is being held at the Shelby County Jail on bonds totaling $90,000. His case was assigned to Shelby County District Court Judge Daniel A. Crowson. A preliminary hearing has been scheduled for 8:30 a.m. on Nov. 2.