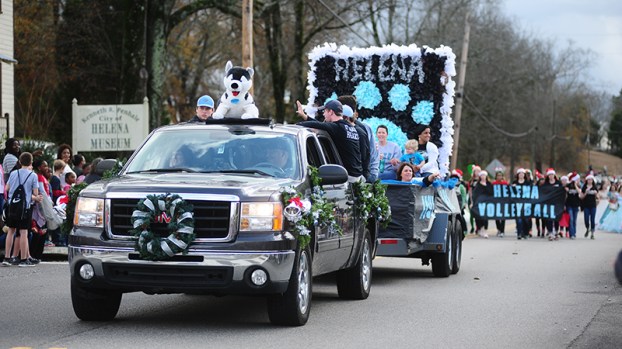 The 47th annual Helena Christmas Parade is set for Saturday, Dec. 2 at 1 p.m. The theme for this year’s parade is “A Christmas Movie Memory.” (File)

HELENA–For the 47th time, Helena residents and visitors alike will line the streets beginning at the intersection of Alabama 261 and Shelby County 52 all the way down to Old Town Helena to celebrate the annual Helena Christmas Parade.

The theme for this year’s parade is “A Christmas Movie Memory,” and the parade will honor former Helena City Council President Cris Nelson for her numerous years of service and volunteer efforts in Helena.

In addition to city council, Nelson has helped lead the Buck Creek Festival, Helena Farmer’s Market and other community events. Nelson will serve as the grand marshal for the parade.

The parade is set to take place Saturday, Dec. 2 at 1 p.m., and the lineup of floats will begin as early as 9 a.m. All floats must be in place at the beginning of the parade route on Alabama 261 and ready to be judged by 11 a.m.

Entrants must include their name, contact address, telephone and an introduction that the announcer will make.

Completed forms can be emailed to kym@cityofhelena.org or turned in at Helena City Hall before 9 a.m. on Dec. 2.

Forms can be found at Cityofhelena.org/Default.asp?ID=189&pg=Christmas+Parade+Info.