Lee continues dominance along with Jags 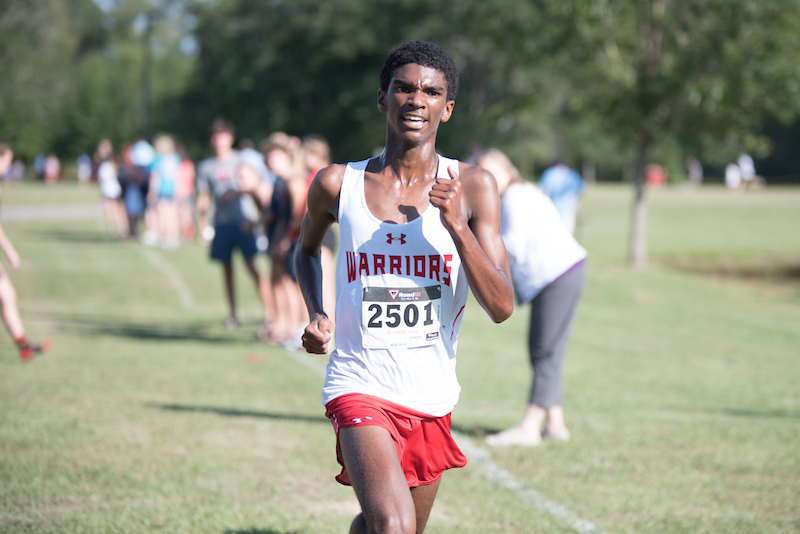 Brandon Lee continued to be one of the best runners in the state after picking up a win at the DEW it on the Trails event in Decatur, while also setting a personal record. (File)

DECATUR – Thompson’s Brandon DeMarcus Lee continues to be one of the hottest cross country runners of the 2017 season after his first place finish at the DEW it on the Trails race hosted at Point Mallard in Decatur on Saturday, Oct. 14.

The event saw four county teams in Spain Park, Thompson, Chelsea and Pelham all compete with the Jaguars finishing highest in the team standings, but nobody was able to top Lee’s time of 15:52.20.

According to Alabamarunners.com, the win not only marked his third of the year and his sixth top seven finish in as many events, but also a personal record. His previous record according to the website was 15:58.01 set in his last race, the Jesse Owens Classic.

Lee, just a junior, has now run three consecutive sub-16 minute 5Ks in a row and has finished first in three of his last four races.

As a team, the Warriors finished in fifth with 118 total points as four runners were inside the top 35.

Behind Lee was another promising young runner in sophomore Jace Jones who finished in 13th with a time of 16:25.70, which also marked a new personal best for him. He has now finished inside the top 15 in four of his six events this year.

Seniors Jacob Wyatt and Thomas Cousins were the other two top-35 finishers finishing in 24th and 33rd, respectively. Wyatt finished with a time of 16:52.90, while Cousins crossed the finish line at 17:15.30.

Just ahead of Thompson in the overall standings was Spain Park, who finished in fourth with a total of 106 points. The Jaguars have steadily impressed this season and now have back-to-back top-4 finishes at the right time of the year.

The Jags’ strong performance was led by three runners in the top 20 and seven in the top 40.

Chelsea and Pelham finished in 13th and 14th, respectively, in the overall team standings. Chelsea was led by Cade Neuberger, TJ Gennari and Kyle Frangopoolis.

Pelham was highlighted by none other than junior Adam Keller, who finished in 21st with a time of 16:45.20. Keller has yet to finish outside the top 30 this season and has three top-15 finishes.