COLUMBIANA – A 33-year-old Alabaster man who originally was charged with producing child pornography will spend the next two years on probation after he pleaded guilty to a lesser charge of possession of obscene material depicting minors in late September. 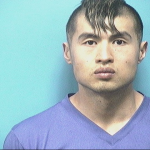 Chiao Pu Chang, who lists an address on Trail Circle in Alabaster, pleaded guilty to the possession of obscene material charge during a Sept. 26 hearing in front of Shelby County Circuit Court Judge William Bostick. The charge was lessened from the original production of child pornography count through a plea agreement with prosecutors, according to Shelby County Circuit Court documents.

Bostick originally sentenced Chang to five years in prison, but split the sentence to two years of supervised probation. If Chang violates the conditions of his probation, his original five-year prison sentence could be reinstated.

He also must register as a sex offender for the rest of his life.

The Alabaster Police Department arrested Chang in March 2015 and charged him with one felony count of producing child pornography. Chang was released from the Shelby County Jail the same day he was arrested after posting a $15,000 bond.

According to his arrest warrant, Chang took explicit photographs of an underage victim between Jan. 1, 2013, and March 31, 2013.