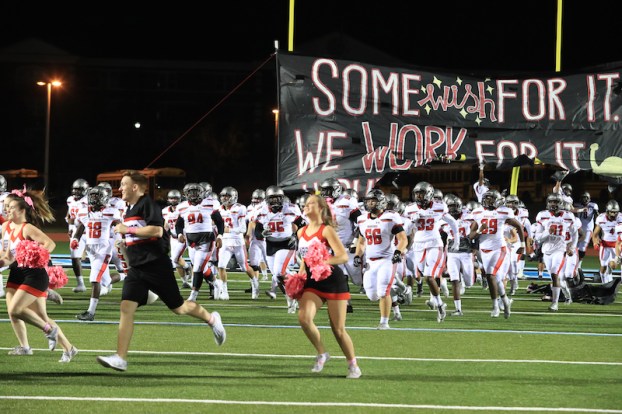 For the first time in a while we have a change in the latest ASWA rankings released on Tuesday, Oct. 17, after consistently seeing Briarwood, Spain Park and Thompson in the standings each of the last.

SPHS had spent the last nine weeks, dating back to the preseason poll, inside the 7A top 10, finding themselves as high as No. 6 in the Week 4 poll before losing back-to-back games to Hoover and Mountain Brook.

Still though, the Jaguars are the first team outside the top 10, receiving just five less points than No. 10 Sparkman. The reason for that respect is due to Spain Park’s strength of schedule.

The Jags’ three losses this season have come to daunting region foes and top 10 opponents in No. 2 Hoover, No. 3 Thompson and No. 8 Mountain Brook. They lost to the Spartans by just one point and the Bucs by just three, meaning Spain Park is a few points away from being 6-1 versus 4-3.

Spain Park has winnable games remaining on its schedule and should not only jump back into the top 10 in the coming weeks, but clinch a playoff spot as well.

The team that beat the Jaguars this past weekend, the Thompson Warriors, continued to show why they are the No. 3 team and possibly the best team in the state.

The No. 3 Warriors put up 40 points on Spain Park and handed them a 23-point loss, the Jags’ worst of the season. Hoover, who Thompson sits just behind at No. 2, only beat Spain Park by three points and had to do so in the final two minutes with a miraculous catch on third and long.

Thompson will get its chance at the Bucs on Friday, Oct. 27, however, as the Warriors look to beat the reigning state champs for the first time in school history.

The Warriors have already clinched a playoff spot for the first time since 2006 and are putting up historic numbers offensively, but the team has much bigger aspirations than its current record of 7-0.

Another team having a strong season is the Briarwood Lions, who have not only jumped out to a 7-0 record and clinched a playoff spot, but also have remained the No. 1 team in the 5A classification for the past five weeks.

The Lions are still giving up less than 10 points per game, allowing just 9.1 through their seven wins so far on the season.

While the defense is getting plenty of love, the offense has been taking strides and is the perfect 1-2 punch to the defense. It’s an offense that has plenty of playmakers including running backs J.R. Tran-Reno and Luke Prewett, wide receivers Carson Eddy and Hudson Hartsfield, and quarterback Michael Hiers.

They’re now putting up 30.9 points per game and with the defense playing the way it is right now, this is a state championship team.