Calera has 6 rushing touchdowns in 42-16 win 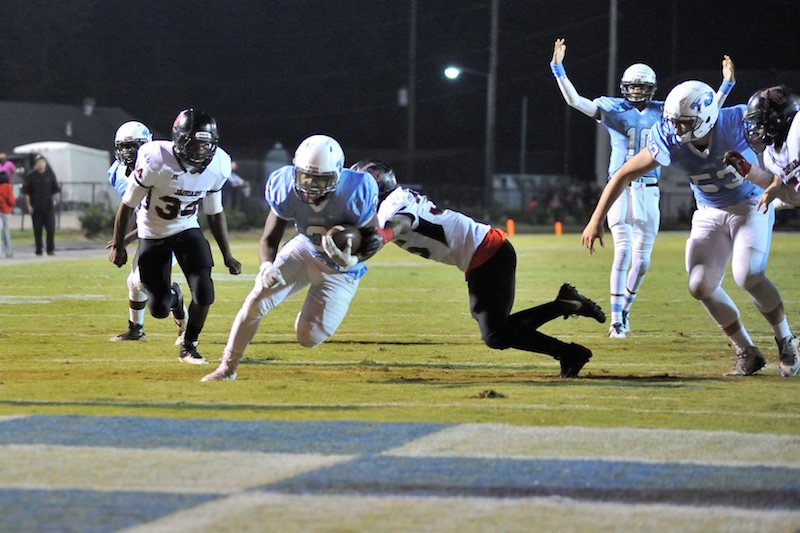 Dee Mickens runs in one of his three touchdowns on the night. Mickens and Tyler Agnew combined for six rushing touchdowns, while Agnew led the way with 113 yards. (For the Reporter/Larry Dancy)

FOR THE REPORTER | Karl Hunt

CALERA, Ala. – The Calera High School Eagles soared to a dominating 42-16 victory over the Sumter Central Jaguars on a chilly Friday night. Calera dominated on both sides of the ball from the very first whistle.

The Eagles defense forced the Jaguars to turn the ball over on downs on their first possession that set up the offense with excellent field position.  Calera wasted little time getting on the board with a drive that took less than two minutes.  Calera’s Decoream Mickens scored the opening touchdown on an 11-yard scamper to put the Eagles on top 7-0.

On their second drive of the opening quarter, Sumter Central moved the ball deep into Calera territory before the Eagle’s defense again rose to the challenge and held on fourth down to give the ball back to their offense.

Cornelius Brown IV led the Eagles down the field on a nine-play drive that ended with a 28-yard rushing touchdown from Tyler Agnew to push the Calera lead to 14-0.

The Jaguars answered with an 85-yard kick off return for a touchdown by Antione Hunt.  Sumter Central converted the two-point conversion to make it a 14-8 ball game.

The Eagle offense answered with 28 unanswered points to end the first half of play.  Both Mickens and f added two more touchdowns two their totals as the Eagles took a 42-8 lead into halftime.

Calera coach Andrew Zow was pleased with the way his offense performed in the first half.

“We wanted to be as balanced as possible but whatever they were giving us we are going to take advantage of it. I think our quarterbacks and our offensive line did a great job of that”, said Zow.  “Up front, the big guys don’t get enough credit so we try to give those guys as much credit as we can and they did an outstanding job.”

The defense held Sumter Central scoreless throughout most of the second half but surrendered another touchdown on a 14-yard strike from Duane Ruffin to Derrick Hines in the closing seconds of the game.

Zow said he challenged the defense before kickoff to control the game and limit the mobility of the Jaguars’ quarterback.

“The defense’s goal tonight was to really dominate and to control the line of scrimmage. On top of that, it was limiting the quarterback’s ability to get out of the pocket and scramble.  He is athletic and we had to try and box him in and we did that.  The biggest thing was trying to control their athletes and not let the quarterback get out of the backfield”, said Zow

Calera’s defense forced the Jaguars’ offense into three turnovers.  Trenton Yowe and Crews both picked off Ruffin while Kenya Myricks jumped on a loose ball.

The Eagles held the Jaguars to 171 yards of total offense and were stout in the run game only allowing 44 yards on the ground.

On the offensive side of the ball, Agnew rushed for 113 yards in the first half and had three touchdowns in a dominating rushing performance.

Mickens also had three touchdowns in tonight’s victory and rushed for 55 yards.

Brown IV was 4-of-9 for 43 yards between four receivers.  Quindarius Crews led the team in reception yards with 13 yards on two receptions.

Calera will play host to Marbury next Friday night, October 27th with kickoff scheduled for 7:00 pm. 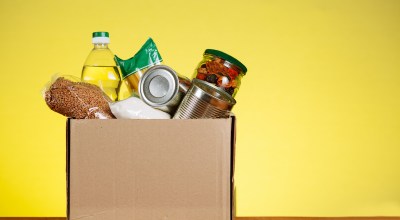