COLUMBIANA – A Hanceville man who formerly listed an address in Columbiana was recently arrested and charged with sexual abuse of a child younger than 12 years old.

Ronald Clingan, 48, who currently lists an address on Cullman County 594 in Hanceville, was arrested by the Shelby County Sheriff’s Office on Friday, Oct. 20. According to his arrest warrant, Clingan allegedly “subjected another person who is less than 12 years old to sexual contact” between January 2009 and December 2010. 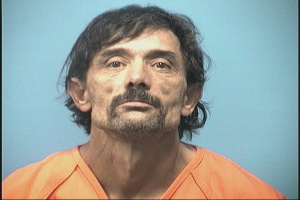 Sexual abuse of a child younger than 12 is a class B felony. Clingan could spend two to 20 years and owe a maximum of $30,000 if he is convicted.

As of Monday, Oct. 23, Clingan was being held at the Shelby County Jail on a $15,000 bond. As a condition of the bond, Clingan is to have no contact with the victim.

PELHAM – A Georgia man was arrested in Pelham as a part of the FBI’s Operation Cross Country XI, a... read more