PELHAM – A Georgia man was arrested in Pelham as a part of the FBI’s Operation Cross Country XI, a nationwide effort focusing on underage human trafficking. 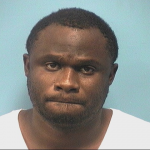 Antonio Key Jr., 32, of Fairburn, Georgia, was arrested on Thursday, Oct. 19, at a hotel in Pelham, according to Pelham Det. Brad Jordan. Key is charged with second-degree human trafficking, third-degree promoting prostitution and second-degree possession of marijuana. Key was released from the Shelby County Jail on Saturday, Oct. 21 on $20,000 bond.

Jordan, who has been involved in the FBI’s Child Exploitation Task Force for about three years, said the investigation is ongoing and additional charges might be filed.

The document also states that Key “subjected the victim to physical abuse for any misdeeds and would give her a basic allowance from any money she earned.”

Key is set to appear before Shelby County District Court Judge Daniel Crowson on Jan. 9, 2018, for a preliminary hearing.

The FBI, along with the National Center for Missing & Exploited Children, announced on Oct. 18 that 84 minors were recovered and 120 traffickers were arrested as part of the operation.

“We at the FBI have no greater mission than to protect our nation’s children from harm. Unfortunately, the number of traffickers arrested—and the number of children recovered—reinforces why we need to continue to do this important work,” FBI Director Christopher Wray stated in a news release. “This operation isn’t just about taking traffickers off the street. It’s about making sure we offer help and a way out to these young victims who find themselves caught in a vicious cycle of abuse.”

As part of Operation Cross Country XI, FBI agents and task force officers staged operations in hotels, casinos and truck stops, as well as on street corners and Internet websites, according to the release.

According to the release, Operation Cross Country XI is part of the FBI’s Innocence Lost National Initiative, which began in 2003 and has yielded more than 6,500 child identifications and locations.