COLUMBIANA – A Sterrett man was arrested and charged with sexual abuse in the first degree on Friday, Oct. 20.

Joshua Steven Hodge, 36, who lists an address on Merrywood Lane, was arrested by the Shelby County Sheriff’s Office. According to court documents, Hodge allegedly “subjected (the victim) to sexual contact by forcible compulsion” from May 1, 2015 through Aug. 31, 2015. 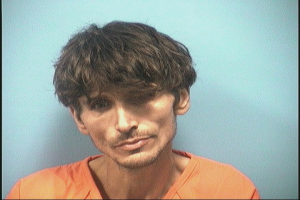 First-degree sexual abuse is a class C felony. If convicted, Hodge could receive a prison sentence of one to 10 years and owe up to $15,000 in fines.

Hodge was held in the Shelby County Jail until he was released on the same day he was arrested on a $10,000 bond.

Hodge’s case was assigned to Shelby County District Court Judge Daniel A. Crowson. As of Monday, Oct. 23, Hodge’s preliminary hearing has not been set.

By NEAL WAGNER / Managing Editor COLUMBIANA – A 35-year-old Alabaster man is possibly facing decades in prison after he was arrested... read more