COLUMBIANA – The attorney for a 26-year-old Maylene woman who has been charged with the 2014 death of her infant son has asked for a change of venue for the suspect’s upcoming trial, claiming she would not receive a fair trial in Shelby County. 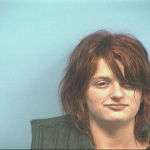 On Oct. 23, Kenneth Moore, the attorney for Sommer Nicole Wilford, filed a change of venue request in Shelby County Circuit Court. In the request, Moore asked for Wilford’s upcoming trial, which is set to begin on Nov. 13, to be moved, claiming “the atmosphere in Shelby County is so thoroughly charged with prejudice against the defendant engendered by a constant and unremitting barrage of inflammatory news items and special articles” appearing in local media outlets.

Moore claimed “it’s inconceivable that she would receive a fair trial in Shelby County.”

“No one can possibly read the newspaper accounts or listen to the broadcast disseminated through this county without being convinced that if this trial is held in Shelby County, it may resolve itself into a mere formality and mockery of justice,” read Moore’s request. “This publicity cannot possibly allow me to pick a fair and impartial jury, and less we could find (sic) somehow find 12 people who do not read a newspaper or listen to the radio.”

Wilford’s reckless murder charge came in the wake of a Feb. 28, 2014, vehicle crash near the intersection of Alabama 119 and Kent Dairy Road in Alabaster.

According to Alabaster Police, when officers arrived on the scene of the crash, they found Wilford “standing outside the vehicle that was engulfed in flames.” After Alabaster firefighters extinguished the fire, they discovered the body of 19-month-old Jayden Allen inside the vehicle.

Prosecutors have claimed Wilford was under the influence of drugs when the crash occurred.

As of Oct. 24, Circuit Court Judge William Bostick had not yet ruled on Moore’s request for a change of trial venue.