Ahead of the pack: Lee and Hogue lead Thompson XC 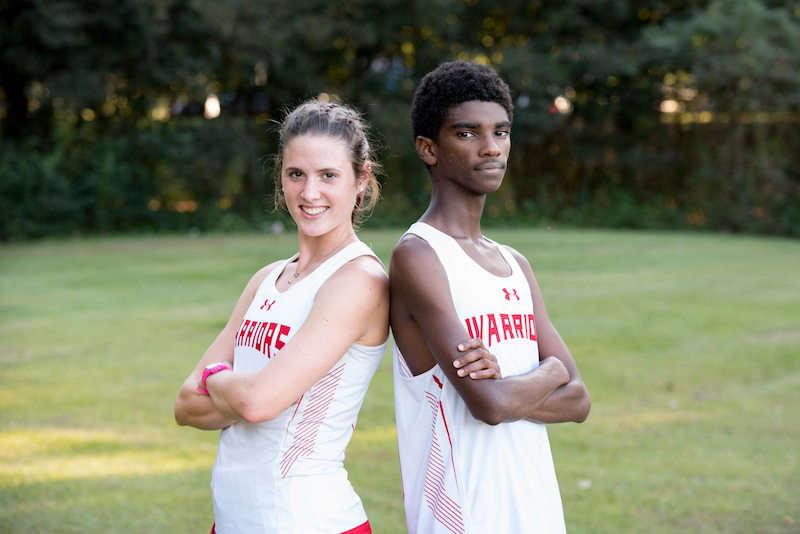 ALABASTER – Thompson junior cross country runners Brandon Lee and McKenzie Hogue have a special talent as well as many superstitions, but combined the two have become somewhat of a powerful duo for both the Warriors girls and boys cross country teams this season.

Three of those four top three finishes have been first-place finishes for Lee, while Hogue has finished in first in two races and second in three others.

Although the two runners have sprinted to breakout seasons, their start in the sport couldn’t have been more different.

“I started by competing in triathlons at the age of 11,” Hogue said. “When I was competing in those triathlons, I was the best in the running part. I enjoyed it the most and it just kind of came naturally to me.”

Hogue took that excitement for the sport and ran with it. As a homeschooled student, however, she wasn’t immediately able to jump into running for a school team despite her interest.

Finally, when she was 15 years old, the Tim Tebow Bill was passed in Alabama, which gave homeschool students the opportunity to compete with school athletic programs.

“As soon as I got the opportunity, I jumped on it,” Hogue said.

While Hogue was quick to love the sport, Lee was a little hesitant at first.

“I always played a bunch of sports and surprisingly I was talking to one of the football coaches who told me I should start running to get into shape for football,” Lee said. “I never really had any interest in running, but my dad did and he was the first to get me into it.”

During his sixth grade year, Lee’s dad woke him up one morning in December and took him to a club practice at the YMCA at Birmingham.

“I hated it, truly, at first,” Lee said with a laugh. “I really, really disliked it, but as time passed I was like ‘Oh man, ok, I’m getting a little bit better.’ People started complimenting me on my form and how hard I was working. After that, I started realizing I was actually having fun with it.” 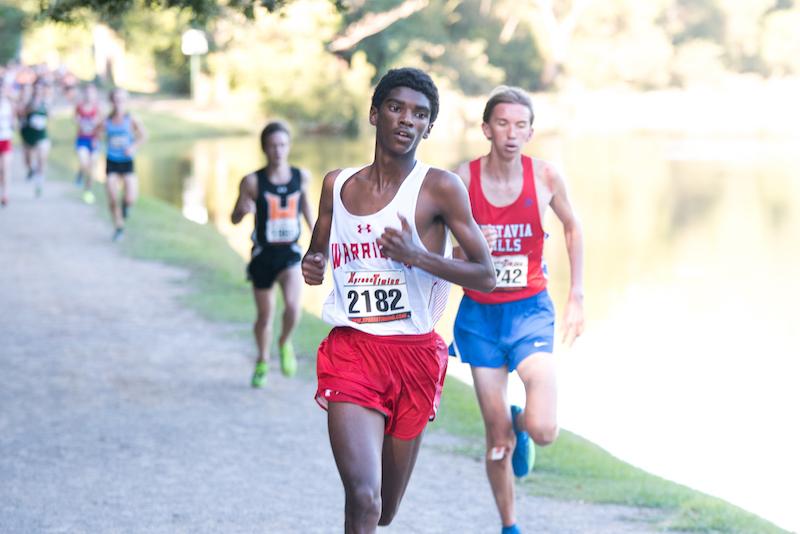 Lee slowly realized that he had a special gift and one day said, “Oh my God, I can actually do something with this.” He stopped playing football to focus more on running, but giving up basketball was a little bit more difficult.

“Basketball was my favorite sport, but I eventually made the decision that I was way smaller than a lot of the guys,” Lee said. “I’m full of energy, so I could always go get it, but knew my size wasn’t the best, so I started focusing solely on running.”

Now that each has turned their sole attention to running both track and cross country, they know the sport is a lot harder than the perception some people have in their mind.

“There are a lot of people that think you just have a natural talent and go out and do well, which is the case sometimes,” Hogue said. “But sometimes if you have the natural talent, you don’t know what it’s like to have to work to be good, which can hurt you. It takes so much dedication and you have to love what you’re doing.”

Part of what Hogue does to keep herself ready for races and in the right frame of mind is keeping a journal.

“It helps me look back at my past performances to see how I’ve grown and helps me express how I feel about running in general,” Hogue said. “That’s really helped me stay on track.”

Another aspect that she focuses on is a strict diet that features fresh food, vegetables and no fast food.

That’s the complete opposite frame of mind from Lee, who can’t help but indulge in a slice of pizza before each meet.

“The only thing I really want to work on is eating healthier. I need her dietitian help,” Lee said laughing. “I talk to some of my college friends and I’m like, ‘I just have one question, do y’all have a pizza bar.’ They always respond with, ‘Yeah we have pizza, but it’s not the best.’ I tell them it’s pizza, pizza is pizza and that’s all that matters.

“It’s a pre-race thing, I just have to have pizza before a race. It’s working right now, so if it ain’t broke, don’t fix it, right?”

Pizza isn’t Lee’s only superstition when it comes to running.

“I have a routine because I’m so superstitious,” Lee said. “People are like, ‘Brandon, you need to cut your hair,’ and I just respond with ‘I’m on a streak right now, I don’t need to do anything.’ You can’t mess up a streak like that.”

After a race in Scottsborough at the Scottsboro Invitational, where Lee finished in third, he was extremely disappointed in himself despite the high finish.

“I used to wear these Nike socks that I just started racing in this year,” Lee said. “I was on a roll, but then after Scottsborough, I was like ‘Yeah, we aren’t racing in these anymore.’

“Then at the Shelby County race, I pulled out my USA flags to see what they would do for me. I wore them that race and felt pretty good, then the next race and felt even better. After a few races, I realized these are my socks for the season and I have to stick to them; I’ve locked in with that decision.”

His superstitions officially include, his hair, a Pedialyte to drink, pizza the night before a meet and the right pair of socks.

“The only one I agree with is the hair,” Hogue chimed in with a laugh. “To me if you have a bad hair day, you’re going to have a bad performance. It’s been proven when my hair fell in my face during an event.” 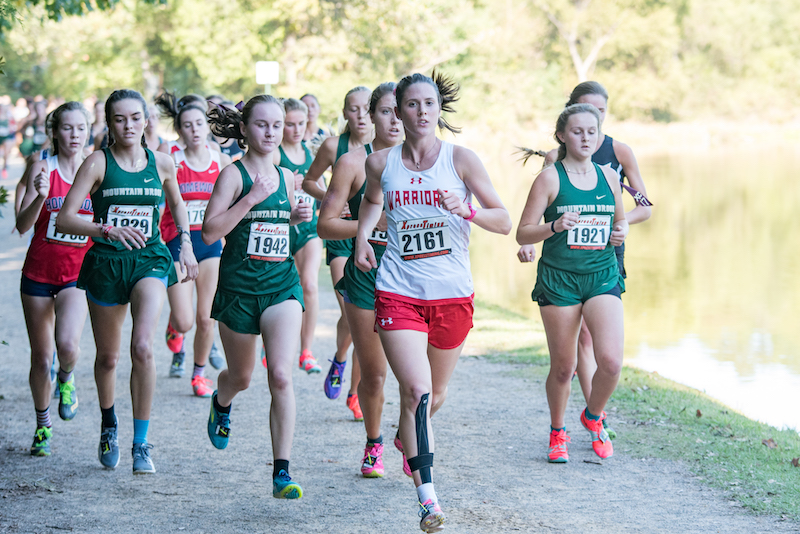 While they both have their own superstitions, pushing themselves to be the best and being hard on themselves might play a bigger role in their success.

“It’s bad,” Lee said of how hard he is on himself. “My teammates will tell you how bad it is.”

It didn’t take two seconds into that before Hogue chimed in again saying, “It’s so bad,” with a chuckle.

“I don’t hang my head, but I know my potential so letting myself down, knowing how good I can be is always hard,” Lee said. “If I mess up, it’s on me, but I give everybody credit that beats me because at the end of the day, they were better than me that day.”

Lee uses that as motivation to get better moving forward, specifically after his third place finish at Scottsborough. He went on to win three of his next four races and finish in first in back-to-back races after that let down.

For Hogue, she lets it fuel her but in more of a mental way.

“When you have a bad day, it just adds fuel to the fire,” she said. “There has been a few races where I have struggled mentally, so I focus on improving that aspect a lot.”

Each has set out goals of what they want to accomplish moving forward into sectionals and the state tournament.

Lee, along with Hogue, not only hopes to improve and get better, but looks for his teammates to make it to the state meet for the first time in school history.

“We’re almost like a family,” he said. “A lot of these guys that are seniors I’ve been running with since the sixth grade and want to help send them out on top.”

As long as Hogue is having a good hair day and Lee has his slice of pizza the night before the race, both should accomplish their lofty goals before sectionals and state come to an end.