And then a hero comes along

Hero is a word often used today. But, even more often, it is misused. On Friday, Oct. 13, I was one of many who stood in the presence of several “honest-to-goodness” heroes. Two have legacies from which much can be learned.

Montevallo hosts an annual celebration to honor those making significant contributions to the community’s quality of life. I tend to think you can tell a lot about a place by the people who choose to live, work and serve there. If that is true, then the town is a grand site indeed. The American Village’s Liberty Hall on the 13th looked a lot like our nation in general. It was a beautiful, diverse group of old, young, men, women, white, African-American and Hispanic. 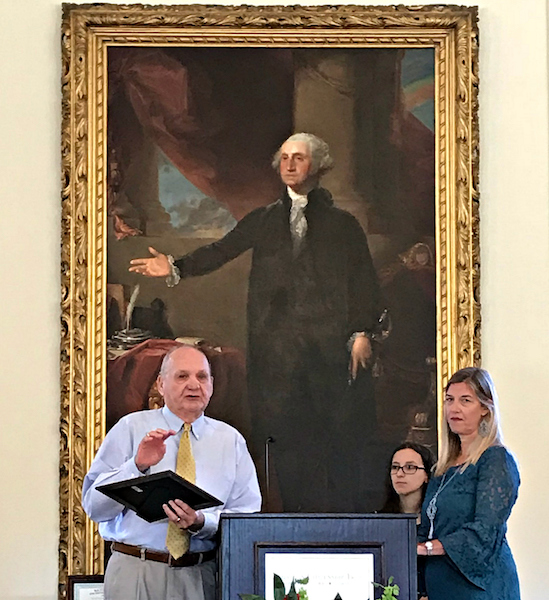 Among the honorees are two well-known for educational excellence. I first met Mr. Jimmy Jones as a frightened fifth-grader attending Montevallo Middle School during 1971-1972. He was the principal of the relatively “new” middle school. I say “new” because, in actuality, it wasn’t new at all. Prentice High School’s proud legacy serving African-American students began in 1950.  In fact, Ms. Kathlyn Lathion taught there several years during her long career.

But, by the late 1960s and early 1970s, enforcement of Brown v. Board of Education had found its way to central Alabama and desegregation was being fully implemented. I remember it as a time of uncertainty for all the children involved. It was a new and different world, and we looked to the adults in our lives for examples on how to handle this change.

Mr. Jones and Ms. Lathion proved to be excellent examples to follow. I remember Mr. Jones as a bit stern, certainly no “pushover,” but with a quick smile and fair manner. I think it was this sense of fairness that made him such a good choice for that place and time. Ask anyone who attended school during his tenure, and they will enumerate multiple examples of tense situations diffused by Mr. Jones’ down-to-earth diplomacy. He managed to guide a very different group of education professionals as they formed a cohesive faculty. He kept his students from doing many of the more “stupid” things for which middle-schoolers are known. And, he dealt with fellow parents (yes, his children also attended city public schools) in ways that kept tempers a little cooler than elsewhere in the country.

Ms. Lathion was always involved and her influence extended far beyond her time in the classroom. In fact, she most recently served on a leadership committee during a major campus renovation.

By RENE’ DAY / Community Columnist The temperatures lately certainly don’t indicate it, but a quick glance at the calendar... read more