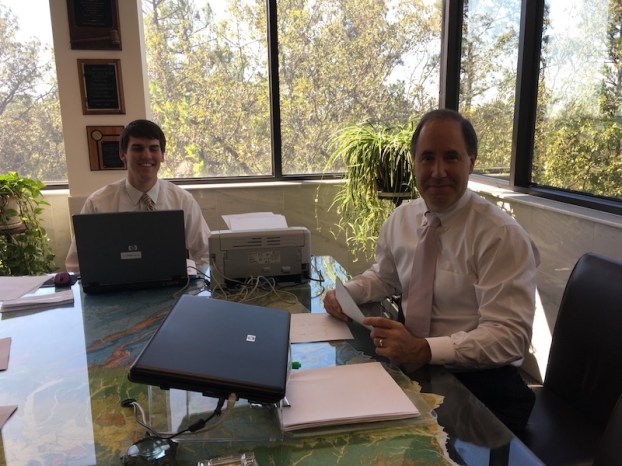 CHELSEA – Attorneys at Boardman, Carr, Petelos, Watkins and Ogle, PC in Chelsea teamed up with the Alabama State Bar Volunteer Lawyers Program to assist local first responders with estate planning services and other legal documents during the Wills for Heroes Clinic on the morning of Wednesday, Oct. 25.

According to Attorney Mark Boardman, the clinic was open to police officers and firefighters with the Shelby County Sheriff’s Office, Chelsea Fire and Rescue, the Cahaba Valley Fire Department and the Westover Fire Department. Boardman said over 20 first responders were helped at the clinic.

“We’ve done it before, and it was a great thing to do,” Boardman said.

While Wills for Heroes Clinics have previously been organized in other areas in Shelby County, Lund said this is the first the State Bar has held a clinic in Chelsea. Lund also said Alabama was the first in the nation to implement the Wills for Heroes project statewide.

“Everybody needs a will, and they should have a living will or power of attorney,” Boardman said. “The first responders put their lives on the line for us, so this is a good thing we’re doing to help them.”

WILSONVILLE – Alabama Power announced in 2015 that it would close and cover its coal ash ponds to comply with... read more