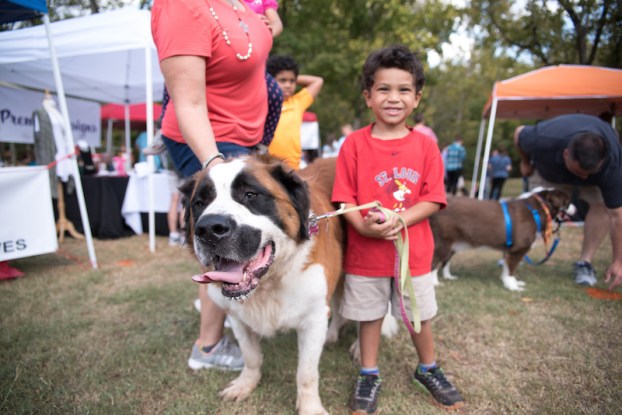 Two-by-Two Animal Rescue will sponsor Barktoberfest that has been rescheduled for Sunday, Nov. 12, from noon to 4 p.m. at the Helena Amphitheater. (File)

HELENA–The much anticipated “Barktoberfest” originally set to take place on Saturday, Oct. 28, has now been rescheduled for a later date due to the threat of inclement weather, Two-by-Two Animal Rescue announced.

The event has been moved to Sunday, Nov. 12, from noon to 4 p.m., at the Helena Amphitheater.

Barktoberfest is sponsored by Two-by-Two Animal Rescue and will feature plenty of fun for four-legged friends and the entire family.

Pet owners and their dogs will have the opportunity to enjoy things such as an off leash dog park, a chance to see the dog adoption center, low cost vaccines and microchips, a kid’s zone with a bouncy house and slide, face painting, hay rides, pony rides, vendors, live music, a bake sale, plenty of food, a gift shop, door prizes and more.

Celebrity dogs will also make an appearance where they will show

The vaccination and microchip will be sponsored by VIP Mobile Clinic and prices at Barktoberfest are as follows:

Anyone interested in sponsorship, vendor information or volunteering should email Jennifer at Jennifer@twobytworescue.com.

Two-by-Two Animal Rescue is a 501 C (3) no-profit, no-kill organization. Two-by-Two began in 2002 when Sonya Smith began feeding strays in Old Town Helena, according to their website.

For more information on Two-by-Two and Barktoberfest, visit Facebook.com/twobytworescue/.