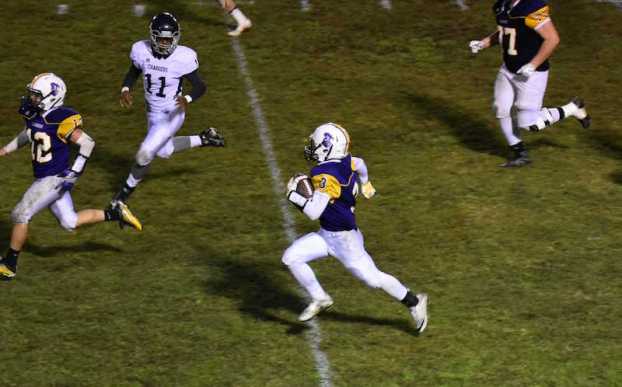 Cornerstone (6-4, 3-2) got a big confidence boost heading into the playoffs when it hosted North River Christian on Friday night, Oct. 27, thanks to 541 yards of total offense—which led to a 41-0 win over North River to end the regular season.

Defensively, Lane Bailey seemed to be around the ball all night with 11 tackles and two sacks. Patrick Howell added eight additional tackles. Ben Perryman added another pick-six to his 2017 resume, while picking up seven tackles, and Nick Green added an interception and five tackles as well.

Cornerstone will advance to the playoffs next Friday night, Nov. 3, where they will have to travel being the three seed.

Coosa Valley (3-8, 1-4) lost its third straight game to close the season after an improved 2017 season that saw one additional win than 2016. The Rebels might have only picked up one additional win, but it was a team that battled all year for first year head coach Dane Reece and is clearly on the rise moving forward.

A tough one-win season came to an end for the Kingwood Lions as they fell 60-0 to Pickens Academy at home on Friday, Oct. 27.

By Chris Megginson | For the Reporter ALABASTER – Evangel Christian School cruised past rival Hope Christian to a 60-12... read more