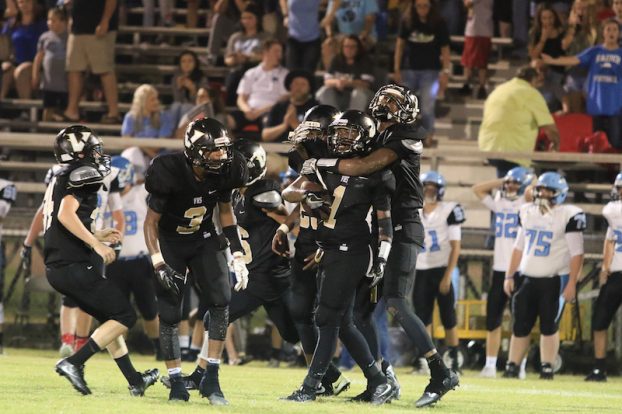 VINCENT – After a four game winning streak and getting to 5-2 on the season, everything seemed to be going in the right direction for the Vincent Yellow Jackets, but then the injury bug hit right when the Yellow Jackets at the worst time of the season.

Heading into last week, Vincent needed to just pick up one win in two games to clinch a spot in the playoffs, but instead have now lost two straight games at home after its 24-10 loss to Ranburne on Friday, Oct. 27.

The Yellow Jackets were already banged up enough going into their matchup with Reeltown on Oct. 20, but losing running back Chris Hardie the week after a 355-yard performance early in that game was the last blow.

Hardie, as well as other starters, didn’t suit for the region finale with Ranburne because of those nagging injuries and it definitely played a factor on a team that is already young, undersized and lacking depth.

Despite the loss, Vincent still had a chance at the postseason had Horseshoe Bend beaten Woodland, but Woodland got the better of that game, winning 29-19. The last two weeks couldn’t have been any more heartbreaking for a team that has bought into what head coach Wiley McKeller is trying to do and for a lot of guys it’s something they had never experienced.

Some of these guys hadn’t ever played the game before, or been on a team that was good enough to have the expectations that would lead to heartbreak; but after a 1-19 combined record the last two years, Vincent’s current 5-4 record is a win in its own.

Vincent was never out of the game against Ranburne, despite the lack of depth, trailing by just eight at the half at 18-10. Ranburne was able to score early in the second half to extend that lead to 24-10.

The Yellow Jackets’ defense did enough to keep them in the game not allowing another score the rest of the way, but for a depleted offense missing most of its weapons, Vincent was unable to score as well leading to the final of 24-10.

The Yellow Jackets will take on 4-5 Sumiton Christian on Friday, Nov. 3, as they look to end the season with another momentous win heading into 2018 with a majority of their talent back.