COLUMBIANA – A Columbiana man was arrested and charged with one count of attempted murder and one count of assault in the first degree on Sunday, Oct. 29.

Wesley Lee Acker, 36, who lists an address on Spring Brand Road, was arrested by the Shelby County Sheriff’s Office after he allegedly shot and “caused serious physical injury” to a victim with a 9-millimeter handgun on Saturday, Oct. 28. A press release from the SCSO stated that the victim was transported to a nearby hospital after he was discovered with multiple gunshot wounds by deputies.

According to the SCSO, the motive for the shooting is currently unknown. 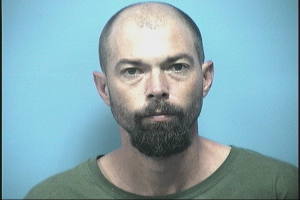 As of Monday, Oct. 30, Acker remained in the Shelby County Jail on bonds totaling $60,000. The date for a preliminary hearing has not been set.

By SETH HAGAN | For the Reporter PLEASANT GROVE – With another region title in hand, the Briarwood Lions (9-0,... read more