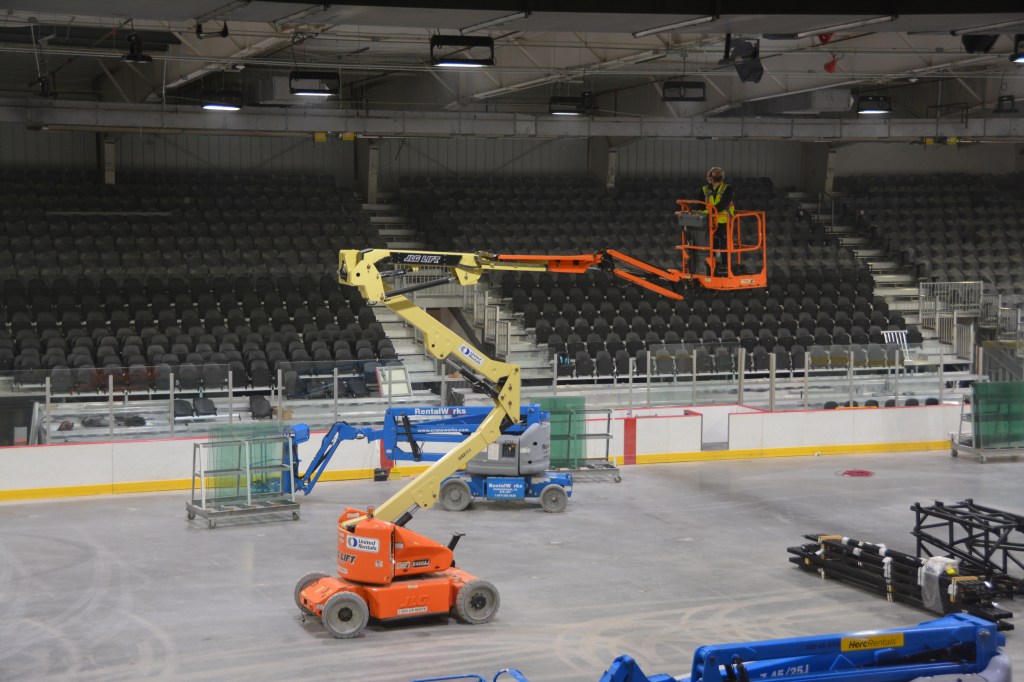 PELHAM – The countdown to the Birmingham Bulls’ first home game has begun and construction crews are working around the clock to make sure the main arena is ready for the big day.

Danny Tate, facilities manager of the Pelham Civic Complex and Ice Arena, said crews will be working up to Friday to make sure the facility is game day ready. The Bulls’ first home game is Friday, Nov. 3, at 7:30 p.m.

Tate said some construction will continue after the game on Nov. 3.

“We will still be working on certain projects like the locker room facilities and some office space,” Tate said. “People will continue to see some things develop as the season unfolds. The front entrance will be glamorized at some point in the season.”

Tate said crews are working hard to get the arena completed so the city can offer fans a great game day experience.

“Since it was announced that we were going to host the Bulls, it’s been a whirlwind,” Tate said.

On the morning of Monday, Oct. 30, crews were busy preparing to install a 17-by-7-foot Jumbo Tron in the arena. The high definition Jumbo Tron, sponsored by Coca Cola, is four-sided and will be installed in the center of the arena. It has replay capabilities, has a Bose sound system and includes an LED lighting system that has color changing capabilities.

One of the biggest tasks left to complete is to put down the ice, Tate said. Tate said it takes days to complete the process, which involves spraying the arena floor with multiple layers of mist until a sheet of ice forms.

“The ice will be at least 1.5 inches thick on game day,” Tate said. “If we can get 2 inches I would be really thrilled.”

Tickets can be purchased at the door or online at bullshockey.net. Tickets range in price from $15-$30.