Alabaster gearing up for second Tour of Lights 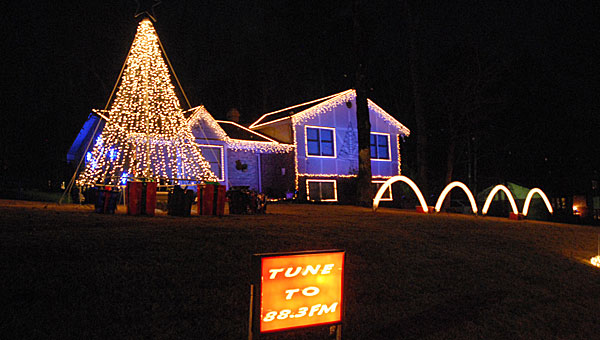 The Alabaster Tour of Lights will once again light up the city this holiday season to help residents get in the spirit of Christmas cheer. (File)

ALABASTER – Alabaster residents will have the chance to get into the holiday spirit and express their creativity or enjoy all of holiday-themed decorations with the city’s second Tour of Lights, which is set to begin on Friday, Dec. 1.

According to Alabaster Beautification Board Chair Marie Jordan, the theme of this year’s Tour of Lights is “Still Believing.”

Jordan said the city will compile a map of 15 to 25 homes that have been extensively decorated for Christmas, Hanukkah or any other winter holiday for locals to view. The homes will be listed by address in a map that will be printed in the December issue of the city’s magazine, “Alabaster Connection.”

Jordan said the first Alabaster Tour of Lights was held in 2015, but was unfortunately skipped the following year.

“We had a change of board members and it fell by the wayside accidentally. It’s not like we didn’t want to do it,” Jordan said. “This year, we’re starting it back up.”

The deadline for entries is Wednesday, Nov. 1. Anyone interested in having their home featured can apply by sending an email to touroflights@cityofalabaster.com and putting “TOUR OF LIGHTS” in the subject line. Applicants should include their name, address, phone number and a short description of the type of decorations

Houses that are selected are expected to have their decorations in place by Dec. 1.

Jordan said she hopes this year’s Tour of Lights will showcase the decorating talents of many Alabaster residents while getting other residents excited about the holiday season.

“We’re very excited about bringing it back, because it’s good for both old and young people,” Jordan said. “We’re also hoping it will encourage others to decorate as well.”