COLUMBIANA – A 39-year-old Alabaster man is facing up to 20 years in prison after he was arrested and charged with allegedly dealing crack cocaine in Alabaster earlier this year. 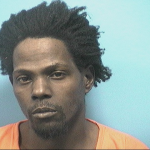 The Shelby County Drug Enforcement Task Force arrested Christopher Burns Yelder, who lists an address on 11th Avenue Southeast in Alabaster, on Oct 27 and charged him with two counts of unlawful distribution of a controlled substance.

The charges came after Yelder allegedly distributed crack cocaine near his residence twice earlier this year: Once on Jan. 10 and again on Jan. 17, according to his arrest warrants. Task Force member Kevin Hand said undercover deputies purchased the controlled substance from Yelder twice, leading to the charges.

Unlawful distribution of a controlled substance is a Class B felony, according to Alabama law, and is punishable by up to 20 years in prison upon conviction.

Yelder was released from the Shelby County Jail the same day he was arrested after posting bonds totaling $20,000.

He is set to appear in Shelby County District Court on Nov. 29 for a preliminary hearing at 8:30 a.m.

By NEAL WAGNER / Managing Editor A couple hundred pounds of unwanted and unused prescription drugs have been removed... read more