Several 7A boys qualify for state 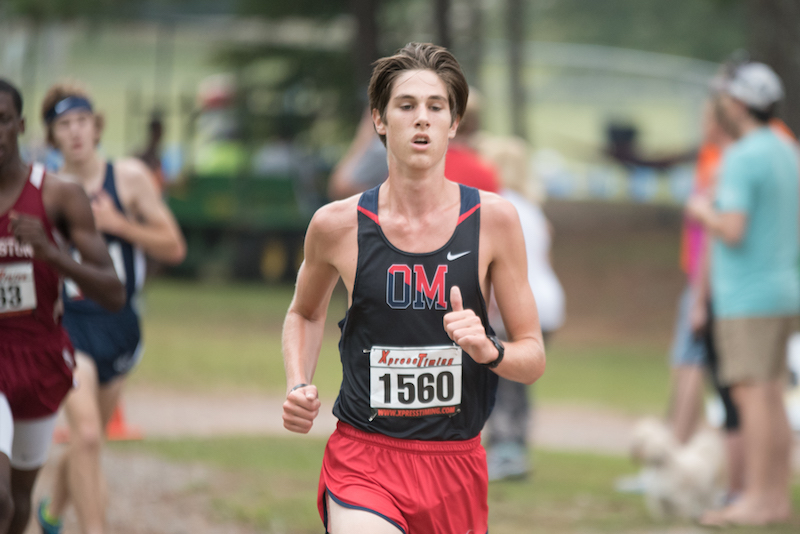 Oak Mountain's Hansen McCown was one of six county runners to qualify for the 7A State Championship Meet. (File)

HOOVER – In the section of death, all three of our county cross country teams failed to qualify for the 2017 state meet after Oak Mountain, Spain Park and Thompson failed to finish inside the needed top three at the Class 7A, Section 3 meet held at Veterans Park on Thursday, Nov. 2.

Mountain Brook, Vestavia Hills and Hoover took the top three spots, respectively, to keep the other three out, who finished in the next three succeeding positions.

Spain Park was the highest of the team finishers, finishing in fourth behind crosstown rival Hoover. The Jags posted 96 points, which was just 31 points lower than the Bucs’ 65 points.

SPHS will, however, send two runners to the state tournament as Jacob Warner and Charlie Trower were two of the first six runners outside of the three qualifying teams.

Just like Spain Park, Thompson also had two runners advance to the state meet as sophomore Jace Jones and junior Brandon Lee will make the trip.

Lee, who has beenone of the top runners in the state all year, finished in 12th with a time of 17:06.58. It marked Lee’s first finish outside of the top 10 this season, as he came into the race having not finished lower than seventh.

It was also a strong race for two Oak Mountain runners as juniors Bryce Keefover and Hansen McCown finished in eighth and 11th, respectively.

Thompson’s Jacob Wyatt and Oak Mountain’s Walker Cole finished 22nd and 23rd, respectively, to just miss out on the state meet as well.

All qualifying runners advanced to the 2017 7A State Meet, which will be held at Oakville Indian Mounds Park in Oakville on Saturday, Nov. 11.