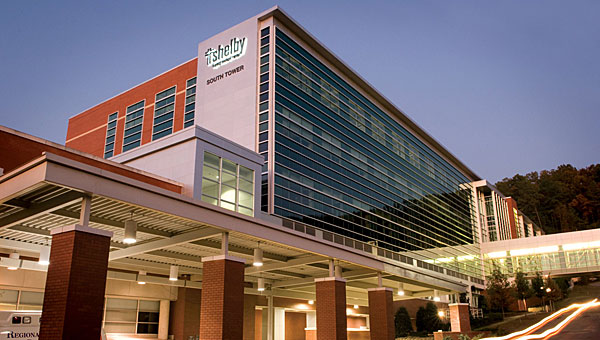 Shelby Baptist earned the Gold Seal of Approval for Primary Stroke Center Accreditation from The Joint Commission for demonstrating continuous compliance with performance standards set by the Commission. (File)

ALABASTER – The Shelby Baptist Medical Center is one of many hospitals throughout the state that have recently completed rigorous inspection requirements in order to participate in the Alabama Department of Public Health and the Office of Emergency Medical Services’ Statewide Stroke System. According to a press release from the ADPH, the Statewide Stroke System officially launched on Monday, Oct. 30.

The Statewide Stroke System involves a network of hospitals, EMS agencies and the Alabama Trauma Communications Center, which work together to transport patients who are exhibiting the symptoms of a stroke to the nearest hospital as early as possible.

“This system presents a greatly enhanced opportunity to improve stroke care. One of the most frustrating things to a physician is when a patient presents to the hospital too late to qualify for stroke treatment,” Acting State Health Officer Scott Harris said in the press release. “Early evaluation and treatment is vital, so we want to ensure that any patient experiencing stroke symptoms can be transported to the closest hospital with the appropriate treatment available.”

The press release stated the importance of getting stroke patients evaluated and treated within a few hours after the onset of their symptoms to reverse the stroke or minimize the damage.

In the state of Alabama, strokes are the leading cause of long-term disabilities and the fourth most common cause of death.

According to the press release, participating hospitals are ranked by three levels, depending on the level of care they are able to provide to stroke patients. An ADPH representative confirmed that the Shelby Baptist Medical Center is considered a Level 2 hospital.

“Alabama’s hospitals are constantly seeking ways to improve care and to collaborate with our health care partners to ensure patients get the right care when they need it,” Alabama Hospital Association Chief Policy Officer Danne Howard said. “Many people have worked diligently to get this system operational, and we are confident it will save many lives.”