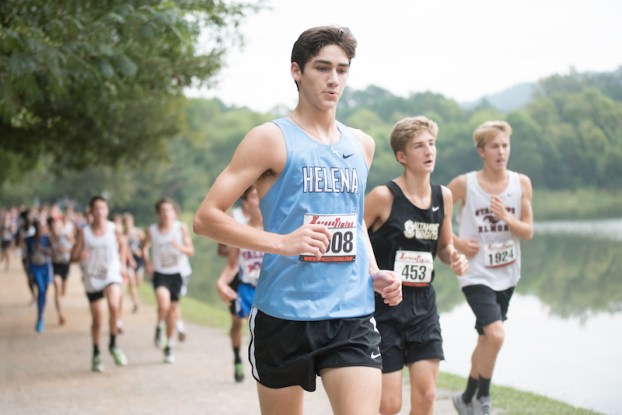 Both the Helena and Pelham boys and girls cross country teams are headed to the state championship meet on Nov. 11. (File)

TUSCALOOSA – The Helena and Pelham boys and girls cross country teams embarked on Munny Sokol Park in Tuscaloosa on Thursday, Nov. 2, looking to advance out of the Class 6A, Section 4 meet to the state meet on Nov. 11, and that’s just what happened as each team had strong performances.

In the boys standings, Helena finished first to win the section championship as a team, while Pelham took third to also advance out of the section as a team.

The girls, however, took the top two spots as the Panthers grabbed first with a total of 28 points, and Helena grabbed second with just 10 less points at 38.

With the top three teams from each section advancing to the state meet, both Helena and Pelham nabbed a spot in the coveted race of the year.

Helena was able to dominate the boys race with 19 points—outscoring Northridge in second by 34 points—thanks to five runners finishing in the first six spots.

The Huskies were led by none other than senior Blake Vaughn, who took home the section championship with a lightning-quick time of 16:40.54. Vaughn was coming off a personal record set at the Athens Bible School Invitational, where he posted a time of 16:27.92.

Clearly his confidence as at an all-time high heading into the state meet having run two of his best times ever in his last two races. He has now finished first, second and first in his last three races, and has six top seven finishes on the season, as well as four top 3 finishes.

Freshman Brady Barton also had a strong showing, running his second best time of the year at 17:31.13, which was good enough for third place.

Another senior in Spencer Hodges finished just behind Barton in fourth with a time of 17:37.88. The race also marked his second fastest time of the season.

Sophomores Talon Pritchard and Blake Childers were the other top six finishers, taking fifth and sixth, respectively. Pritchard finished the race in 17:42.11, while Childers finished in 17:43.34.

Gage Pritchard, Tyler Graydon and Rob Saville closed out the Helena runners as every one of them finished inside the top 20 in a dominating showing.

While Pelham finished third in the team standings, Adam Keller had a stellar day. Keller, a junior, finished in second with a time of 16:47.69, which was just 10 seconds lower than his personal record set in race one of the season.

Pelham and Helena both combined to dominate the girls race as they took seven of the top 10 spots in the standings.

It started with Pelham junior Katie Strozier, who has dominated all season for the Panthers. She took home the section championship with a time of 20:15.49 for her second top two finish this season.

Meredith Byrd gave Helena a third top 10 finisher by taking ninth with a time of 23:15.97.

Both the boys and girls teams for each school will head to Oakville Indian Mounds Park in Oakville on Saturday, Nov. 11, to compete in the 2017 6A State Meet.