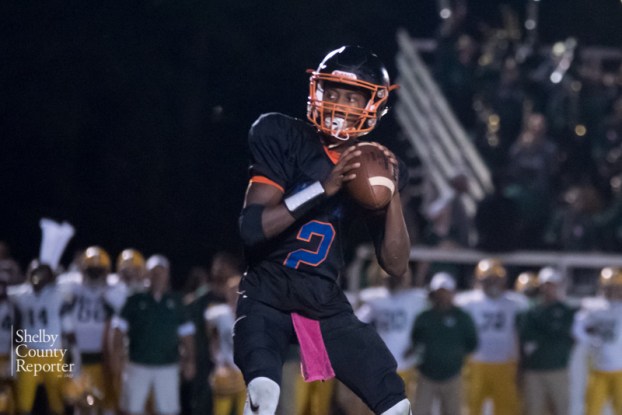 FULTONDALE – Montevallo and Fultondale met at Wildcats Stadium on the campus of Fultondale in much different situations on Friday night, Nov. 3.

The Bulldogs were coming off their first region win of the season over Carbon Hill, 28-22, which also snapped a five game losing streak; while the Wildcats were looking for their first undefeated regular season since 1976.

With nothing on the line for Montevallo and the pressure of a perfect record on the line for Fultondale, the Bulldogs were able to play much freer throughout the game, which led to them challenging the No. 4 team in the 3A classification for much of the night; before ultimately the Wildcats physicality won out leading to a historic 28-6 win.

The outcome wasn’t telling of the fight Montevallo showed as they pitted their 2-6 record against the Wildcats’ 9-0 record on the final week of the regular season.

While Fultondale was playing for the perfect season, they had already sewn up a home game in the first round of the playoffs guaranteeing them another week of action. The Bulldogs on the other hand were facing their last season of the game, giving them just as much if not more to play for.

It led to a very scrappy performance by Montevallo in the first half that was somewhat sloppy, but it also forced Fultondale to play sloppy.

Neither team was able to make much happen in the way of offense in the first quarter, as they played to a 0-0 draw in the first 12 minutes of action.

The second quarter wasn’t played any cleaner as each team was able to score a touchdown, but a PAT by Fultondale gave them a 7-6 advantage heading into the half.

Still, the 2-6 Bulldogs felt confident about what they were doing in the first half against a very good football team.

In the second half, however, the Wildcats came out and instilled their size and will on Montevallo. The physicality began paying a toll on the Bulldog players, which led to bigger running lanes and easier plays.

Fultondale went on to score 21 unanswered points in the half as the defense really stepped up to allow the Wildcats’ offense more freedom.

Montevallo finished the season with an overall record of 3-7 after battling injuries and ending the year against two of three games against teams in the top 5 of the 3A classification.

By SETH HAGAN | For the Reporter NORTH SHELBY – Briarwood Christian’s defense has been their calling card in 2017... read more