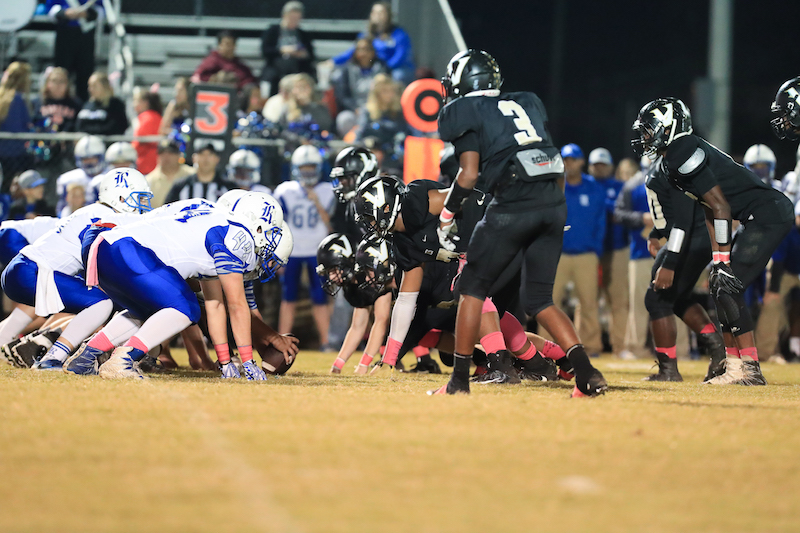 “We obviously improved a great deal this year as a program, but we are playing undisciplined football. We have way too many penalties,” Vincent Coach Wiley McKeller said. “As a whole, we have to mature past the point where playing hard doesn’t equate to playing sloppy. That’s my responsibility, and frankly, I need to do a better job.”

Victory Christian took a 14-13 lead in the first quarter and never let it slip. The Lions extended their lead, 20-13, in the second quarter, but Chris Hardie added a touchdown run to cut it back to a point, 20-19. Both teams traded touchdowns again, this time it was Dusty Davis with the touchdown run to make it 27-25. The Yellow Jackets’ 2-point try failed, sending the game into halftime with Victory Christian in front.

The Lions grew their lead to 10 points, 41-31, in the third quarter. Vincent fumbled early in the fourth quarter, but Davis got the ball back on an interception to help set up another Yellow Jackets’ touchdown and cut into the score, 41-38.

Vincent had a chance to take the lead in the fourth, but a fumble on the 1 rolled out of the end zone for a touchback. Victory Christian answered to go up 48-38, but Kaleb Wilson returned the kickoff 97 yards for a potential momentum-changing touchdown. The score was negated by an inadvertent whistle. The Lions went on to hold Vincent and score again, making it 54-38.

“Those two plays were the difference,” McKeller said.

Victory Christian also finished its season with a 5-5 record.