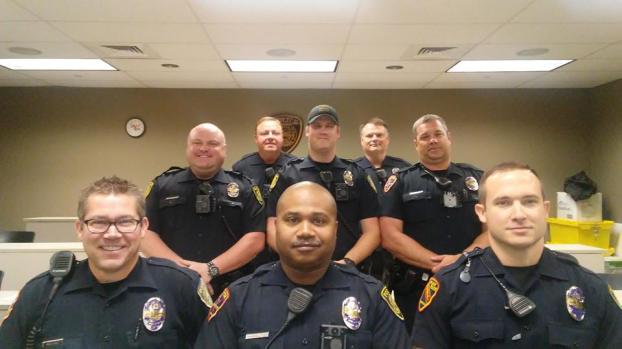 No Shave November returns to Pelham

PELHAM – The men of the Pelham Police Department are once again dropping their razors to participate in No Shave November, a fundraiser to raise money for the Wings of Hope Pediatric Foundation.

For the entire month of November, those participating in the fundraiser will not shave at all. Officers will reach out to Pelham businesses and the community for monetary donations. Other police departments throughout the county also participate in the fundraiser.

Wings of Hope is nonprofit that assists the families of children diagnosed with a terminal illness. The organization provides financial assistance and other means of support to allow the families to spend as much time together as possible.

Wings of Hope was started in 2010 and the month-long fundraiser will raise awareness and continue to contribute to families who need support.

Last year area agencies raised a record $51,923 to Wings of Hope. Of that, the PPD contributed more than $18,000. The department’s goal is to top their donation from last year.

The PPD will post updates about the fundraiser on social media throughout the month.

Residents who would like to contribute to the fundraiser should contact the PPD at 620-6550 or visit the police department, which is located at 32 Philip Davis St.