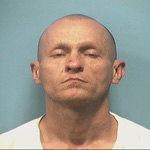 Duke Brandon Alexander, 37, who listed an address off Carol Road in Wilsonville, was being held at the Shelby County Jail as of Monday, Nov. 6, on bonds totaling $261,000, according to the Shelby County Sheriff’s Office.

The warrant for Alexander’s arrest alleges that the suspect was found to be in possession of between 28 and 500 grams of methamphetamine in the area of Farley Court in Hoover.

At the time of the arrest, Alexander was out of jail on bond on a third-degree burglary charge.

He has also faced several drug-related charges in the past, according to court records.

No preliminary hearing had been set as of Monday, Nov. 6.