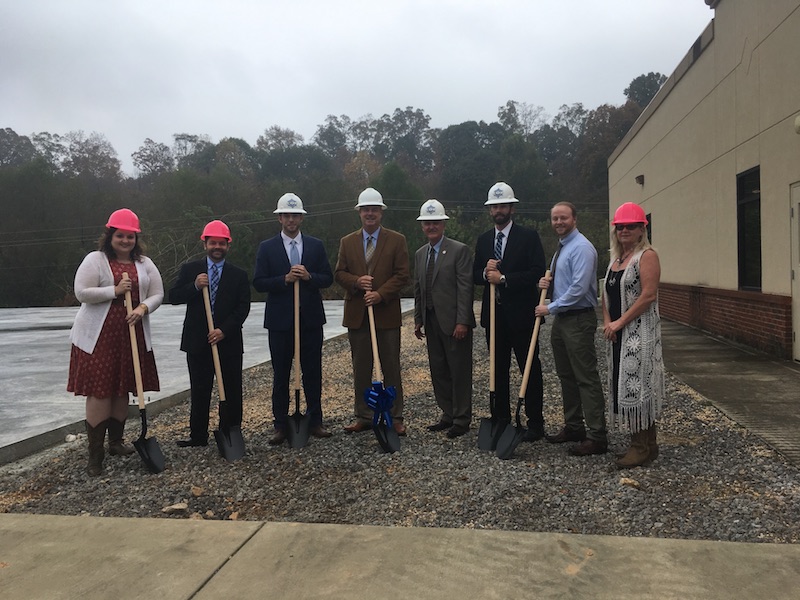 CHELSEA – The Chelsea Business Alliance celebrated the new location of Complete Communication Services and the groundbreaking of its soon-to-be-built warehouse at a ceremony at 11 a.m. on Tuesday, Nov. 7. The ceremony was held at the CCS’s new location on Chesser Crane Road in Chelsea.

According to owner and CEO Barry Clements, CCS is a field service provider that specializes in the installation of telephones and Internet in businesses. Clements said CCS hires contractors throughout the United States, but is headquartered at its Chelsea location.

“We basically do field services work for larger communication service providers,” Clements said. “Basically, if you have a business and you want to being in the Internet and phones, we actually do the installations.”

Clements said CCS moved to Chelsea from Pelham with the intention of finding a facility with both office space and warehouse space. When he was unable to find a building in the area that could meet his specifications, Clements bought the Chelsea office building in May and began making plans to build a warehouse next to it.

Additionally, Clements said the Chelsea location will be more convenient to the 25 local CCS employees and, unlike the location in Pelham, he owns the property the current CCS location stands on.

“We’re very excited to be a part of a growing area,” Clements said. “We’re excited about being in the community and being able to give back.”

“We’re very excited to have you here,” Picklesimer said. “When Barry reached out to me, an incredible kinship was struck. I appreciate him bringing his business and much needed jobs to the city of Chelsea.”