Hoover Council appoints Kendrick to Board of Education

HOOVER – Attorney and former University of Alabama football player Kermit Kendrick has been chosen as the newest member of the Hoover Board of Education. 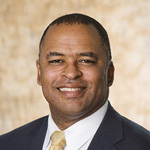 Kendrick was approved for the position by the Hoover City Council at its meeting on Monday, Nov. 6, following a recommendation from the Council’s Education Committee.

Each council member voted in favor of Kendrick’s appointment except Casey Middlebrooks, who abstained from discussion and the vote because he is an employee of Hoover City Schools.

“We had a lot of great talent,” committee Chairman Derrick Murphy said about the 11 applicants interviewed on Thursday, Nov. 2. “It was a tough decision.”

Kendrick was chosen because of his understanding of the school system’s effort to achieve unitary status, which means the system would have satisfied a desegregation court order inherited from the Jefferson County School System.

In his interview with the committee, Kendrick said achieving unitary status is the most important issue facing the system, as future plans depend upon it.

“None of that makes any sense if everything you do, you have to go ask a federal judge for permission,” said Kendrick, who is an attorney/partner for Birmingham-based Burr & Forman LLP.

Kendrick will fulfill the 5-year term of Jill Ganus, who resigned after being appointed by Gov. Kay Ivey to the Bessemer Division of Jefferson County District Court judgeship, which began in April 2015.

Other topics Kendrick was asked about during his interview included his experience with large budgets, education funding, disciplinary hearings, extracurricular activities and the separation of the school system into the Hoover High School and Spain Park High School feeder lines.

Among other responses, Kendrick said that as a board member he would value career training.

“We as a school system should be able to give students tools to be successful whether they’re great at Shakespeare or math or really good at working with their hands,” he said.

Kendrick’s two children are graduates of Hoover public schools, and his wife Tanya is the director of the Hoover High School Health Sciences Academy.

Kendrick earned an undergraduate degree in accounting in 1990 and a doctorate from the UA School of Law in 2000.

He played defensive back for the Crimson Tide from 1985-88 and was named to the All-Southeastern Conference and All-American teams.

Previous work experience includes as a compliance officer for the UA Athletic Department.

“Although I have not worked as a teacher, I have grown up in a public school family and I believe that I can bring a common sense work ethic to a Board of Education position that supports superintendents, principals and teachers in their ultimate end in their effort to improve student achievement,” Kendrick wrote in his application. “I want to take all of my life experiences which include a student-athlete, a financial consultant, an athletics department administrator and as a lawyer to help maintain and move forward our great public schools here in Hoover, Alabama. The values I learned as a professional—teamwork, preparation and execution—I believe will serve me well on the Hoover Board of Education.”

In his application, Kendrick reported that he is a board member for organizations including The Foundry Rescue Mission, Sunrise Rotary Club, “A” Club Alumni Association and the National Association of Railroad Trial Counsel.