Who earned awards at the THS marching band banquet? 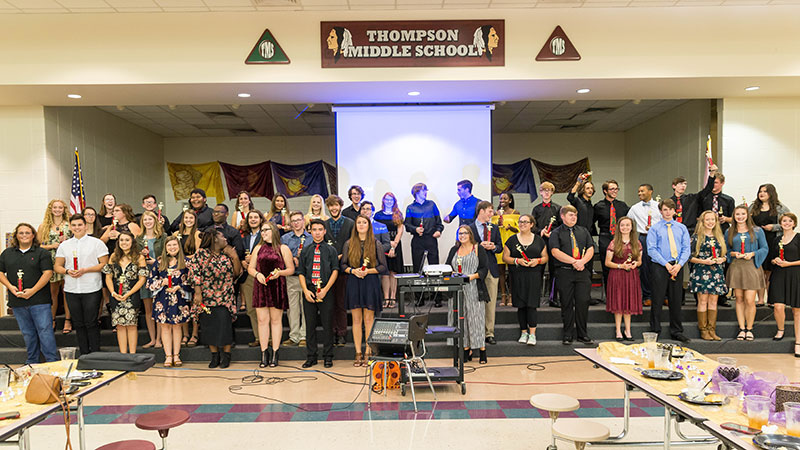 ALABASTER – As the Thompson High School Marching Southern Sounds band celebrated the end of the regular football season on Nov. 6, director Jon Bubbett was sure to let the students know what a special time they are experiencing.

“Guys, as you go on to college and out into the real world, you’ve got to understand that it’s not like this everywhere. There’s something very different about what goes on here,” Bubbett said of the band. “There’s a sense of togetherness and family here, so I want you to savor every moment of it, soak it up with every fiber of your being and then share it with others.”

For the past several years, the school’s band banquet, which is held in the Thompson Middle School cafeteria, has come at the end of the football game marching season. This year is different, as the Warriors are eyeing a deep playoff run following an undefeated regular season.

During the banquet, the band celebrated its achievements and awarded individual honors for work done during the regular football season and the band’s multiple marching competition appearances.

“The band has a lot of moving parts. It takes a lot of people for this program to work, from students, parents, administrators and THS and ACS and our wonderful staff members,” Bubbett said. “Alabaster City Schools has been a great supporter of the band. If you don’t believe that, just wait until next month when you see the new bandroom (at the city’s new high school).”

The following individuals earned awards during the banquet: