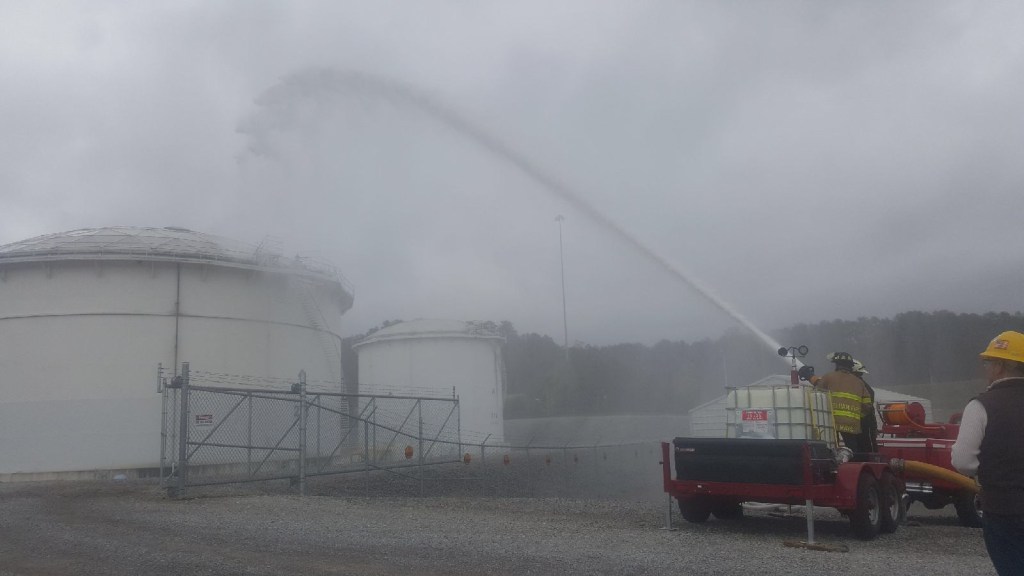 PELHAM – On Wednesday, Nov. 8, the Pelham Fire Department partnered with Colonial Pipeline to conduct a training exercise at the company’s tank farm located just off Interstate 65.

Pelham Fire Chief Tim Honeycutt said 15 firefighters and 10 Colonial Pipeline personnel participated in the simulation of a fire at the tank farm.

“It’s important that we maintain our skill level and look for any deficiencies in our process,” Honeycutt said.

Honeycutt said equipment that Colonial Pipeline donated to the department was used during the exercise.

“They donated a foam trailer to us a couple of years ago,” he said. “It has a large quantity nozzle pre-mounted to the trailer that connects the tank of foam to a hose. It’s portable and small, but its capability is very important to us when it comes to a large scale fire.”

Honeycutt said the training exercise was a success.

“We learned that we have all the water we would need for their facility,” Honeycutt said. “We actually didn’t use all of the water we had access to. Through this exercise we were able to determine exactly how many engines we’d need on sight and how many people we’d need in the event of an incident at the tank farm.”

The fire department trains with Colonial Pipeline twice per year.

“Colonial Pipeline has an excellent relationship with the city,” he said. “They’ve donated hazardous materials equipment and multiple vehicles to the city. They’ve been very good to a lot of fire and police departments throughout the county.”