Helena comes up short against Mountain Brook to open the season 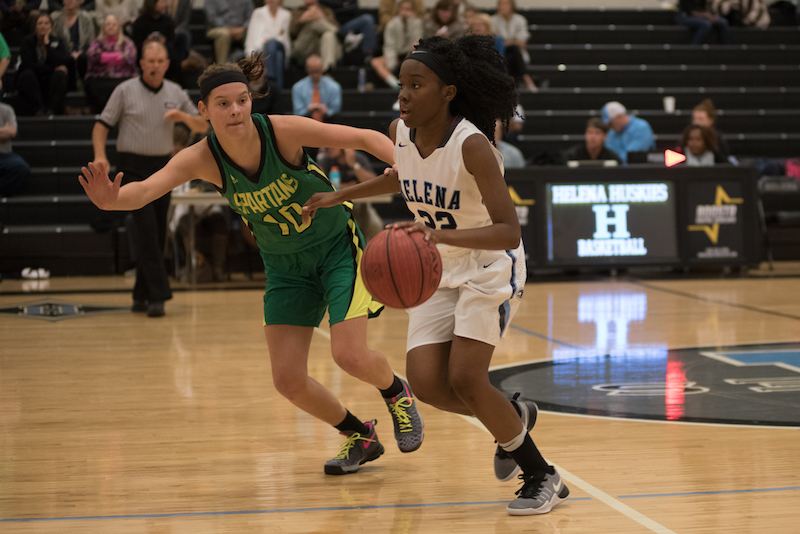 Helena’s Brandis Lang (22) finished with 11 points in a loss against Mountain Brook on Nov. 14. (File)

HELENA–In its first game of the 2017-18 basketball season, the Helena Huskies will look to rebound after coming up short in a 70-53 defeat at the hands of the 7A Mountain Brook Spartans.

The two senior leaders for Helena finished with double figures offensively as Jordan Jones finished with 16 points and Brandis Lang added 11 points, respectively. In the end, a rough second quarter, turnovers and poor foul shooting was too much to overcome for Helena.

Coming into the season, Helena head coach Alan Skinner knew it would be tough breaking in a number of new starters and the youth showed after game one.

The second quarter was a different story, as Mountain Brook outscored Helena 23-11 to take a 39-24 lead into halftime.

In all, the Huskies committed 24 fouls and Mountain Brook converted 23-36 shots at the foul line compared to Helena converting just 9-27 free throw attempts.

“It was obvious this was game one,” Skinner said. “Bad turnovers, bad offense and bad from the free throw line. Mountain Brook made shots and we didn’t. Early foul trouble compounded our problems. On the positive side, we have four freshmen who are over the first game hump and we have a lot of very fixable things to improve going forward.”

The Huskies will look to rebound as they take on Thompson on Tuesday, Nov. 14 at home.