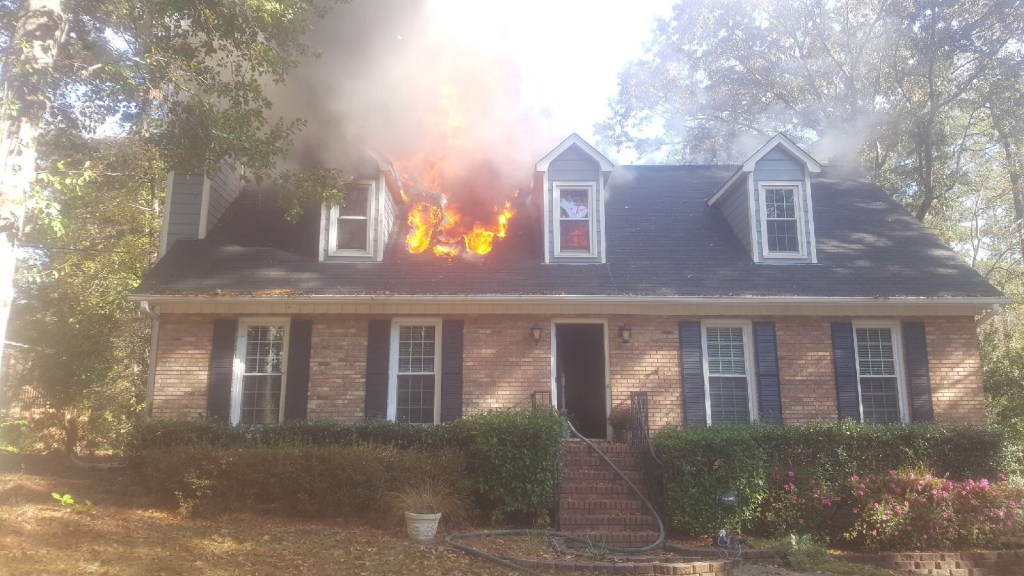 The Pelham Fire Department responded to a house fire on Monday, Nov. 13, on Royal Court. The fire started on the second level of the house. (Contributed)

Pelham Fire Chief Tim Honeycutt said the department received the call about the fire at 9:20 a.m. and arrived on the scene about four minutes later.

No one was at the house at the time of the fire and there were no injuries.

“A passerby saw the fire and called it in,” Honeycutt said. “By the time the first engine arrived, the fire was already coming through the roof of the house.”

Honeycutt said the first team that arrived at the scene did an outstanding job of attacking the fire, which started on the second level of a two-story house.

“They were able to save a lot of things on the main level of the house and everything in the basement,” Honeycutt said.

The fire was under control within 30 minutes. After the fire was extinguished, firefighters remained at the scene to take care of some remaining hot spots.

A total of five stations responded to the call. Although the fire did not reach the first level of the house, Honeycutt said it did receive some water and smoke damage.

The cause of the fire is still under investigation.

“This could have been a lot worse for the home owners and we’re just thankful that it wasn’t,” Honeycutt said. “A lot of praise goes out to our team on duty today.