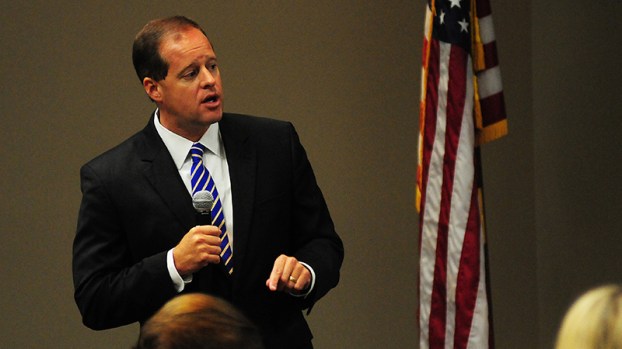 Autism Speaks gathered for its annual Autism Law conference in San Diego at the end of October to celebrate the continued success of its strong agenda supporting those on the autism spectrum.

The Autism Law Summit is an annual “gathering of doers in the world of autism law and policy.” From what started as a small meeting of a dozen advocates 11 years ago, the Autism Law Summit has grown to bring together more than 230 autism service providers, lawyers, politicians, lobbyists, parents of children with autism and self-advocates.

After many lectures, engaging stories, and exciting conversations with “rockstar” advocates, the Autism Law Summit ended with a celebration and award ceremony in which some remarkable members of the autism community were honored for their work. Particular appreciation was given to individuals whose work was instrumental in the passage of meaningful autism insurance coverage in Alabama earlier this year. Catey Hall and Lisa Riley each earned the title of “Parent of the Year” and Bama Hager received the Grassroots Award.

Four Alabama legislators were specially recognized as legislative champions in the celebration of Alabama’s status as the 46th state to pass an autism insurance law. Sen. Cam Ward, who has a child on the autism spectrum, Sen. Tom Whatley and Senate Speaker Mac McCutcheon were honored as Legislators of the Year nationwide and memorialized their friend and colleague, Rep. Jim Patterson, who recently passed away, in his presentation as Legislator of the Year.

Alabama passed historic legislation during the 2017 session requiring insurance companies to cover some of the costs of autism therapy. The Alabama Legislature passed the legislation by a margin of 102-1 after over a decade of work on the bill.

“I was honored to be presented this award along with my colleagues and the late Representative Jim Patterson,” Ward said. “This award represents a victory for the thousands of families throughout Alabama who fought tirelessly to get better services for their loved ones.”