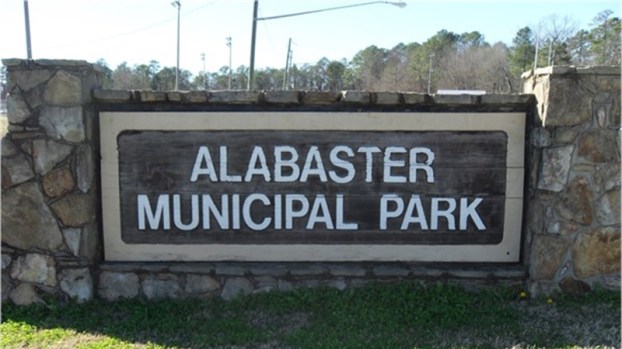 The tennis courts at Alabaster Municipal Park have been reopened. (FILE)

ALABASTER – Alabaster soon could have a community civic and recreation center to provide a meeting and indoor sports venue in the city, the City Council announced during a recent meeting.

Council members voted during their Nov. 13 meeting to pay the Birmingham-based Barge, Waggoner, Sumner and Cannon engineering and architectural firm $59,500 to design the proposed complex, which likely will be built in Municipal Park between Thompson Middle School and Thompson High school.

The company will study a 15-acre portion of the park directly behind TMS, which currently houses a pair of playing fields, and will work with members of the city’s Parks and Recreation Committee and Mayor Marty Handlon to design the complex before bringing the design back to the City Council for consideration.

“You don’t get a chance to do this often. You’ve got a limited budget, but you want to do it right,” Barge Waggoner engineer Chris Grace told council members during a Nov. 9 work session. “People get excited about a rec center, and you couldn’t ask for a better location.”

City Council President Scott Brakefield said the city has a significant need for more indoor recreation and meeting space, as no such municipal facility exists in the city now.

In addition to meeting and recreation space, the building will also house the city’s Parks and Recreation Department, which recently was forced to move from its former location in the depot at Warrior Park to a modular building in Veterans Park after black mold was discovered in the depot.

“We do want to move as quickly as possible for our employees who are in a trailer at Veterans Park, and for our community,” Brakefield said. “Our community is starved for a recreation center. We need that space.”

Before designing Alabaster’s civic and recreation center, the city’s Parks and Recreation Committee will tour facilities in other cities, such as Gardendale, said Barge Waggoner architect Kevin Lindsay.

“But we want to be sure that what we do feels like Alabaster, not replicating anybody else,” Lindsay said.

Lindsay said the firm is looking to have the council a conceptual design by early 2018, and estimated crews could begin construction by spring 2018 before the facility is completed in 2019.

The city is planning to fund the civic and recreation center using a portion of the $9.8 million bonds the council agreed to issue in late September.

COLUMBIANA – The Shelby County Sheriff’s Office is gearing up to host its bi-annual Church Safety Conference at the First... read more