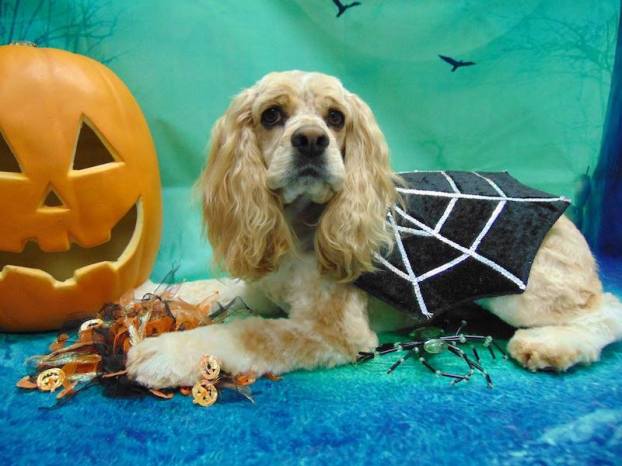 Pet photography is one of several services offered at Shaggy Chic Grooming, which recently opened in Alabaster. (Contributed)

Lammons said what sets Shaggy Chic apart is her ability to befriend the dogs who come to her and the quality of her service.

“I get a lot of dogs who don’t like (being groomed) or have been kicked out of other places, and I turn them around so they don’t act like that anymore,” Lammons said.

“That’s a huge hit. People love it.” Lammons said. “Some people always have to have their dog’s picture taken after they come in.”

Lammons said she started as a groomer at PetSmart in Alabaster about a decade ago and also worked at the Alabaster Animal Clinic for a period of time.

“I knew that I wanted to stay in Alabaster because all of my clientele is already here,” Lammons said.

Lammons said Shaggy Chic has had a busy, productive and successful first week and is expecting business to stay steady.

“We were fully booked during the first week, and we’re almost completely booked this week, too,” Lammons said. “We’ve also had tons of walk-in traffic.”

Lammons credited her uncle, Wallace Watson, for his help and support while she was in the process of getting her business set up.

“He pretty much gave me the loan needed to get started,” Lammons said. “This is the only reason I’ here. I’m his only niece, and he didn’t have any kids of his own, so I’m pretty much spoiled rotten.”

Lammons said Shaggy Chic offers a 10 percent discount to police officers, firefighters and other first responders, as well as active military personnel and veterans. Teachers and educators receive a five-percent discount. Through Shaggy Chic’s referral program, Lammons said anyone who refers a new customer and the new customer receive a $5 discount.

ALABASTER – Six students from schools in Columbiana, Wilsonville, Shelby and North Shelby County were recognized at the Character in... read more