COLUMBIANA – A Helena woman was recently booked into the Shelby County Jail after she was arrested and charged with chemical endangerment of a child on Friday, Nov. 10.

Julia Maria Jones, 27, who lists an address on Hillsboro Lane was arrested by the Alabaster Police Department. According to court documents, a warrant for Jones’s arrest was filed on Oct. 31, after she allegedly “knowingly, recklessly or intentionally caused or permitted” a child to have contact with buprenorphine, norbuprenorphine and cannabinoids on June 13. 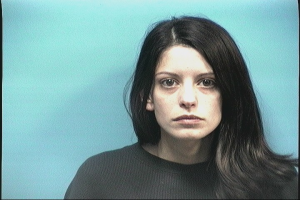 Chemical endangerment of a child is a class C felony, which is punishable by up to a decade in prison and a maximum of $15,000 in fines.

Jones was released from the Shelby County Jail on bonds totaling $15,000 on the day of her arrest. Her case was assigned to Shelby County District Judge Daniel A. Crowson. A preliminary hearing has been scheduled for 8:30 a.m. on Dec. 20.

COLUMBIANA – The Shelby County Sheriff’s Office is gearing up to host its bi-annual Church Safety Conference at the First... read more