Man gets 20 years in prison for distributing meth

COLUMBIANA – A 39-year-old Cahaba Heights man will spend the next couple of decades in prison after he recently pleaded guilty to distributing methamphetamine in Alabaster in 2015. 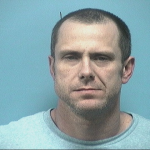 Jeremy Alan Turman pleaded guilty to one count of possession of a controlled substance with intent to distribute during a Nov. 13 hearing in front of Shelby County Circuit Court Judge William Bostick.

As a result of Turman’s guilty plea, Bostick sentenced him to 20 years in the Alabama Penitentiary, which was the result of Turman being on probation when he was arrested on the charge. He also must pay a $1,000 fee, complete a substance abuse treatment program, surrender his driver’s license and pay $100 to the forensic science trust fund.

Turman was originally charged with trafficking methamphetamine, but pleaded guilty to the lesser possession with intent to distribute charge through a plea agreement with prosecutors.

Because Turman had three previous felony convictions on his record, he could have faced up to life in prison.

Turman was arrested by the Shelby County Drug Enforcement Task Force on May 15, 2015, and charged with the methamphetamine-trafficking charge. The charge came after he was found to be in possession of between 500 grams and one kilogram of methamphetamine on First Street South in Alabaster on May 13, 2015.

He has remained in the Shelby County Jail since his 2015 arrest date.