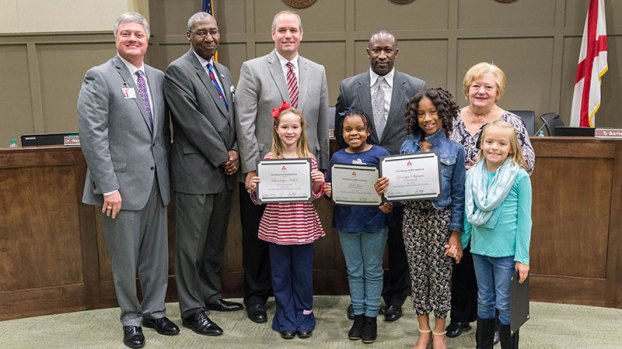 Meet the kids who have a say in ACS’ future

“We’ve already had one meeting, and it went very well,” Vickers said during a Nov. 13 Alabaster Board of Education meeting. “They tell us things that some people don’t think about, but are a big deal to our students.

“We take it seriously, and we find out about what works and what doesn’t work,” Vickers added. “We get a lot of great feedback.”

The advisory committee began in 2015 as a way for Vickers and other school leaders to hear feedback and suggestions directly from the students who are impacted by the school system’s offerings.

Since then, ACS has taken the committee’s voice into consideration when making decisions for the system, Vickers said.

During the Nov. 13 meeting, Vickers and the School Board recognized the six new members of the committee, who will serve a two-year term in the group.

The new members are:

In addition to the six new members, several students returned for their second year of service on the committee this year: