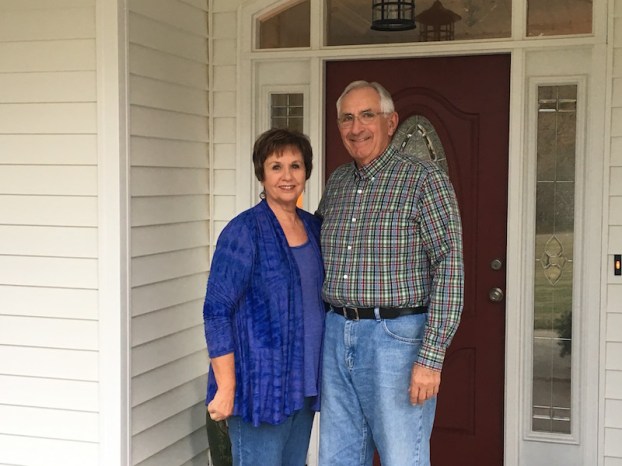 The new home of Linda and Evan Major will be featured on the 2017 Columbiana Tour of Homes on Dec. 2. (Contributed)

Restored Major home to be featured in Tour of Homes

A community came together on Nov. 23, 2016, when Evan and Linda Major lost their historic Columbiana home to fire. The Majors have since rebuilt on the same lot, and to show their appreciation for the outpouring of support they received, they will open their new home to the public during the 2017 Columbiana Tour of Homes.

The Tour of Homes, which is a fundraiser for the Columbiana Beautification Board, is much-loved holiday tradition. The addition of the Majors’ home will be one of the highlights for this tour, as many people have watched the new home rise from the ashes.  This year’s tour will take place on Dec. 2, from 10:30 a.m. to 2 p.m.

The original dog-trot style home was built in 1903, and was a landmark in the community.  It was a beautiful white house surrounded by shade trees and well-tended gardens. The new home, equally as beautiful, is set back further from the road than the original. Gardens that had once been in the back of the original house now grace the front yard. As a tribute to the original house, the Majors painted their new home white.

“This is our way of saying ‘thank you’ to the city, the firefighters and to everyone that helped,” Linda said, explaining why they chose to be on this year’s tour.

The Columbiana Trolley will be available for free transportation to the downtown Columbiana sites. Pick-up and drop-off with be behind the Columbiana Senior Center located at 110 Mildred Street.

Tickets for the tour are $15 in advance and can be purchased at Busy Hands and at Joyce’s Old Country Store. Tickets can also be purchased at the door on the day of the event for $20.

The Shelby County Arts Council will have its Annual Artists Market on the same day as the tour. Admission is free and will take place from 9 a.m. to 3 p.m. at the arts council venue located at 104 Mildred Street.

On Dec. 7,  the Columbiana Christmas Parade will take place on Main Street. The parade will feature vehicles of all types, each one decked out for the holidays. Parade events begin at 5:30 p.m. with the actual parade starting at 7 p.m. Anyone that is interested in participating should call Ouida Mayfield at 669-7813.

By JENNIFER MAIER / Community Columnist It wasn’t until Albert “Peter” Datcher reached the age of 50 that he first... read more