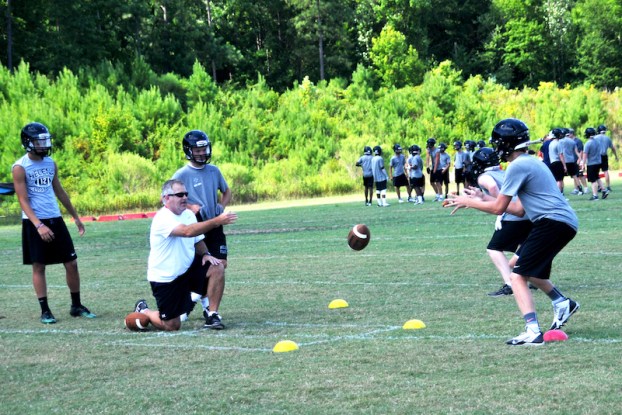 Helena High School head football coach Watt Parker will not return in 2018. School officials are immediately searching for a new coach to lead the program. (File)

HELENA–Helena High School varsity head football coach Watt Parker will not return for the 2018 season, according to administrators with the school.

“Helena High School has made a change in leadership of its football program,” Helena High School Principal April Brand said on Nov. 20. “We will begin the process immediately of selecting a new head football coach. We thank coach Parker for his service.”

Parker took over as head coach at the beginning of the 2014 season when Helena High School opened as a brand-new school in the 5A classification.

In four seasons, Parker compiled an overall record of 18-25 and 13-13 in region play. The Huskies had two playoff appearances in four seasons.

Parker and the Huskies had a more difficult time making the transition from 5A to 6A beginning with the 2016 season.

By SETH HAGAN | For the Reporter VESTAVIA – A young Helena basketball team fought hard on the road, but... read more