COLUMBIANA – Two men from Columbiana were arrested by the Shelby County Sheriff’s Office and received multiple charges on Wednesday, Nov. 15.

According to a press release from the Shelby County Sheriff’s Office, 46-year-old William Michael Benton Jr. and 22-year-old Chance Michael Benton were two of three suspects identified in connection with a local burglary. The press release stated that the third, unnamed male suspect shot himself after deputies entered a residence that they believed housed stolen guns. 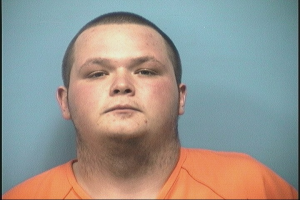 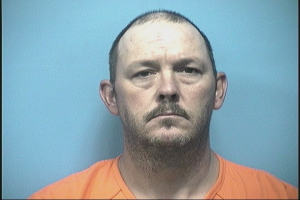 According to court documents, William Benton Jr. and Chance Benton allegedly received a stolen AR-15 rifle, a Glock 23 pistol, a Savage 308 rifle and a Taurus 357 revolver, all of which are worth $2,750 combined. William Benton Jr. was also allegedly found in unlawful possession of testosterone. Chance Benton was also accused of lying to an officer.

The unnamed suspect was treated for his injuries at the scene and flown to a nearby hospital, according to the SCSO. His current condition is unknown.

Receiving stolen property in the first degree is a Class B felony. Alabama law states that William Benton Jr. and Chance Benton could each face two to 20 years in prison if they are convicted.

Both of their cases have been assigned to Shelby County District Court Judge Daniel A. Crowson. Both preliminary hearings have been scheduled for 8:30 a.m. on Dec. 7.

The SCSO is encouraging anyone with additional information about the burglary or the stolen weapons to contact them by calling them directly at 669-4181 or by clicking the “Report Criminal Activity” link on Shelbyso.com.

By NEAL WAGNER / Managing Editor ALABASTER – The city of Alabaster will be delivering new garbage and recycling... read more