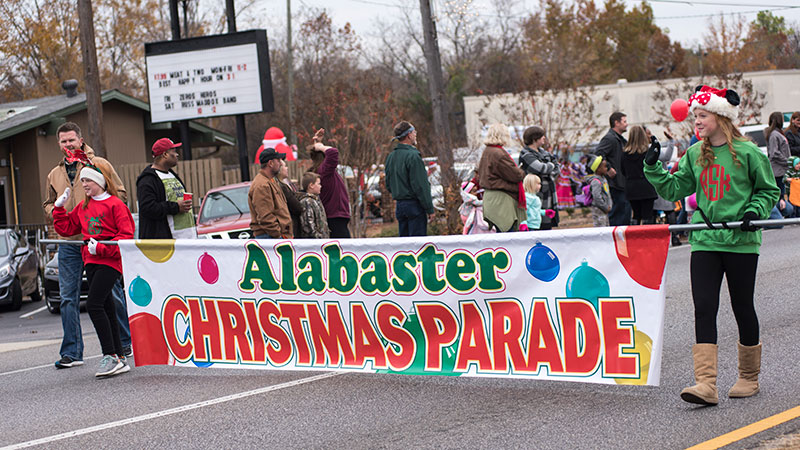 ALABASTER – The Alabaster community will kick off the holiday season next weekend when it continues a longstanding tradition by hosting the city’s Christmas parade down U.S. 31.

The parade will begin at 10 a.m. on Saturday, Dec. 2, beginning at 10 a.m. on U.S. 31 south, and will be themed “Christmas melodies” this year. This year’s parade grand marshal will be longtime Alabaster resident and historian Bobby Joe Seales.

No live Santa Claus characters will be allowed in the parade, as the city’s official Santa Claus will be riding on an Alabaster fire truck at the back of the parade lineup.

In order to view all parade floats, the city is encouraging spectators to be south of the U.S. 31-Industrial Road intersection.